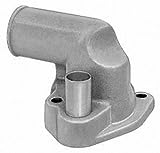 This photo provided by Toyota shows the 2018 Toyota Camry, one of the most popular midsize sedans sold in America. It’s been completely redesigned for 2018, with better handling and improved fuel economy without any compromises to usability or utility.(Photo: David Dewhurst Photography, AP)

DETROIT — In one of the auto industry’s most closely watched surveys, Consumer Reports found that Toyota, Lexus and Kia are the top brands when it comes to reliability.

And three domestic brands, Cadillac, GMC and Ram, are the worst.

For the fifth consecutive year, the Consumer Reports’ survey showed the Toyota brand ranked at the top of 27 nameplates for reliability. Some brands saw a big increase — such as  Chrysler, which rose 10 places — while others took big falls — such as  Acura, down seven spots.

When it comes to Detroit-based automakers, Ford and Fiat Chrysler improved their performance while General Motors slipped, the magazine found.

GM’s Buick was the only U.S. brand to make the latest Top 10 list of most reliable, coming in at eighth place. The new Bolt electric car was Chevrolet’s most reliable model, scoring “above average.” Chevrolet was 18th overall.

Fiat Chrysler’s improvement in the study released Thursday was welcome news after poor ratings in recent years, although Ram’s third-to-last ranking certainly didn’t help. Fiat, a brand that has had quality issues, wasn’t listed because the magazine said it did not have enough responses.

The rankings are based on a survey of owners involving about 640,000 vehicles. The reliability survey carries weight because Consumer Reports is known for being an independent non-profit organization known for its trusted analysis.

Drivers reported “growing pains” for new models across the industry.

“These new technologies can add features and improve fuel efficiency but are more prone to have issues. More often than not, our data suggests it’s prudent for consumers to wait for the technology to mature,” said Jake Fisher, director of auto testing at Consumer Reports.

Does the fuel efficiency of hybrid and electric vehicles make up for the higher premiums of these low-emission vehicles? Buzz60’s Tony Spitz will help you decide.
Buzz60

Consumer Reports found that the new Chrysler Pacifica minivan had transmission issues.  The only Dodge model that did not rate “below average” was the Grand Caravan. Even with improvements in the Ram 1500 pickup, the brand is dragged to the bottom by the Ram 2500 and Ram 3500, the survey said.

More: Toyota: CEO wants its driverless cars to know how you feel

GMC and Cadillac are at the bottom of the brand rankings. Cadillac dropped six places from a year ago to secure the last-place position. The Acadia SUV debuted at “well below average” and is among the 10 least reliable new models. Its issues involve problems relating to infotainment systems, drive systems, climate control and power equipment. All of Cadillac’s models had “below average” reliability.

At Ford, the F-150 improved to “average” reliability, but the Focus compact car and Fiesta subcompact car remain “well-below average” with ongoing clutch and transmission problems.

Here’s how the brands break out: