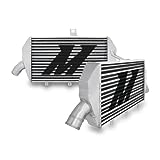 
WASHINGTON — Senate Foreign Relations Committee chairman Bob Corker (R-Tennessee), author of new legislation that would require congressional oversight and a vote of approval on any future nuclear deal with Iran, slammed US President Barack Obama on Saturday night for threatening to veto the bill.


“It is disappointing that the president feels he is the only one who speaks for the citizens of our country,” Corker said in a statement. “Congress put these sanctions in place and helped bring Iran to the table with the administration working against the effort the whole way. As a result, Congress should decide whether a final nuclear deal with Iran is appropriate enough to have the congressionally mandated sanctions removed.”

Corker introduced the Iran Nuclear Agreement Review Act of 2015 on Friday alongside Senators Robert Menendez (D-New Jersey), Lindsey Graham (R-South Carolina) and Tim Kaine (D-Virginia). If passed, the law would grant Congress the opportunity to approve, or disapprove, of a comprehensive nuclear deal with Iran negotiated by the Obama administration.

Their move was immediately criticized by the White House. Obama will veto all legislation on Iran so long as negotiations are under way, one spokesman told the Post.

“The president has been clear that now is not the time for Congress to pass additional legislation on Iran,” National Security Council spokeswoman Bernadette Meehan said in an e-mail. “If this bill is sent to the president, he will veto it.”

Under the pen for several months, the bill was published with a total of 12 cosponsors just five days before Prime Minister Benjamin Netanyahu is set to address the legislature. He is expected to express support for the role of in the diplomatic process.

Given the timing of its publication, the bill represents a nexus of tension among policymakers at the White House, the Israeli premier and US lawmakers over the role of Congress on Iran policy, the foreign policy powers of the president and the quality of a proposed nuclear agreement.

The bill would require Obama submit to Congress the text of a final agreement as well as evidence of Iran’s compliance to the deal, and prohibits him from “suspending, waiving or otherwise reducing” congressional sanctions for sixty days.

At that point in time, Congress would vote on a joint resolution of approval or disapproval of the deal. Should Congress vote against the agreement, and should the president veto that resolution, the legislature would vote a second time with the potential to override his veto with a two-thirds majority.

Such a vote “would block the president from implementing congressional sanctions relief under the agreement,” Corker’s office says, effectively killing the deal.

“We are in the final weeks of an international negotiation,” Meehan said, explaining the president’s position. “We should give our negotiators the best chance of success, rather than complicating their efforts.”