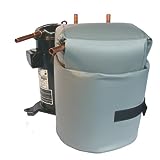 The Prime Minister of Crimea, the former Ukrainian territory annexed by Russia, arrived for unofficial talks in New Delhi on Thursday as President Vladimir Putin met Prime Minister Narendra Modi for a summit.

Sergey Aksyonov met a Mumbai businessman to discuss boosting trade with the Black Sea region. India does not support Western sanctions against Russia, but the meeting may prove an irritant before President Barack Obama visits India in January.

Russian officials declined to comment, but a senior diplomat arrived with Mr. Aksyonov at an upscale New Delhi hotel for the meeting to sign a memorandum with a business group called the Indian-Crimean Partnership.

Gul Kripalani, a seafood merchant who chairs the group, told Reuters before the meeting that it was unofficial, but added that Mr. Aksyonov “happened to be on the flight with His Excellency President Putin”.

A spokesman for India’s Ministry of External Affairs said he was not officially aware of the Crimean visit and that Mr. Aksyonov was not a member of Putin’s delegation.

India has made it clear that it would not support Western sanctions against Russia imposed over the annexation of Crimea in February, and the Kremlin’s support for an armed uprising in by pro-Russian rebels in eastern Ukraine.