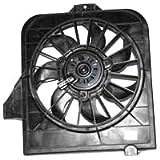 Crossovers, China and the Buick conundrum – The Globe and Mail

When the superlatives start to fly, watch out for the qualifiers. Take Buick, for example. It’s the fastest-growing major international brand on the planet. Except, what exactly does “international” mean here? Buicks are sold in only four countries: the United States, Canada, Mexico … and China.

For obscure historical reasons involving the brand loyalty of pre-Mao Chinese royalty, Buick is a major force in China. Of the record 1.05-million Buicks sold worldwide in the first nine months of 2016, 850,000 were sold (and built) in the People’s Republic. Hence, Buick’s claim of a 23-per-cent sales surge in the first three quarters.

So what exactly does Buick represent in its home market?

“We found a lot of success in spaces where the competition isn’t,” says Molly Peck, Buick’s marketing director. The original Buick Enclave, for example, was a refined-yet-capable large crossover that entered a “white space” at its launch in 2008. More recently, the Encore helped pioneer the now-burgeoning subcompact CUV segment.

But beyond specific products, Buick trades on its premium brand positioning – “a segment we created,” Peck says, “for customers who want something better than a mass brand, but don’t want a luxury brand.”

Certainly Buick’s car sales are waning. Its U.S. passenger-car sales swooned 21 per cent in 2015 and another 7 per cent through September this year – and that’s before dealers ran down their inventory of the newly discontinued Verano compact sedan. The Verano wasn’t popular in the United States (it does better in Canada) but that’s a vacuum that won’t be fully filled by the niche-market Cascada convertible that joined Buick’s U.S. lineup last spring.

Still, car sales are declining everywhere – displaced by the relentless rise of crossover utility vehicles. And Buick is riding that wave nicely. The subcompact Encore has accounted for 40 per cent of Buick’s volume. The Enclave, in its 10th model year, is past its prime but has done well for Buick historically. And with the compact Envision, Buick is a player in the CUV market.

But cars aren’t about to vanish altogether from Buick’s lineup. The brand is committed to the all-new-for-2017 Lacrosse. It’s also expected that the Regal will be renewed for 2018. GM Europe’s Opel Insignia, on which Regal is based, is expected to debut at the Geneva International Motor show in March. The Regal has implications for Canada that go beyond its modest sales volumes: There’s the question of where it will be built. The auto maker committed to new investment at the Oshawa plant, but no specifics are yet known. The next Regal is likely to share the Malibu’s global E2XX architecture, so its assembly may move to join the Malibu in Kansas City.

Then there’s the prospect of Buick putting into production the Avista luxury coupe concept. It was clearly based on the rear-wheel-drive architecture of the latest Chevrolet Camaro, and a production version would return Buick to a traditional market segment that the brand vacated when the last-generation Riviera was discontinued in 1999.

A Riviera revival would certainly get the attention of many auto enthusiasts. Whether the bean counters could make a business case for it is another matter.