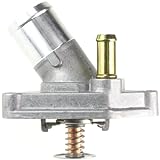 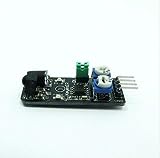 Plug-in hybrids and all-electric vehicles will become the de facto company car for managers at Daimler.

The German automaker established a new policy this week that will require top managers to drive electrified company cars—as opposed to gas-powered vehicles—to set an example and provide a clear role model, the company says.

, which owns Mercedes-Benz, also announced it would invest another 30 million euros ($33 million) to expand its own charging infrastructure across its offices and facilities. The company has already installed 556 charging points for managers and employees just in the Stuttgart area.

Sign up for Data Sheet, Fortune’s daily newsletter about technology

The new policy only applies to the company’s senior levels of management. For now, plug-in hybrids will be the company’s primary focus. That means top managers will have the option of driving the S 500 e, the C 350 e in Saloon, the GLE 500 e 4MATIC, the GLC 350 e 4MATIC, and the new E-Class 350 e, which was unveiled at the North American International Auto Show in Detroit in January.

The policy follows a pilot project in which managers in Stuttgart, Germany have been driving the all-electric B-Class 250 e since April.

Daimler staff aren’t required to drive electrified vehicles. However, the company says its making more of these cars available for use. A project called “charge@work,” which was launched in October 2013, offers employees the use of electric vehicles for both business and private use.

The company has ramped up its investment and commitment to electrified vehicles in the past year, although most are plug-in hybrids, not all-electric cars. The company’s Mercedes-Benz brand announced plans last year to introduce 10 plug-in hybrid models by 2017.