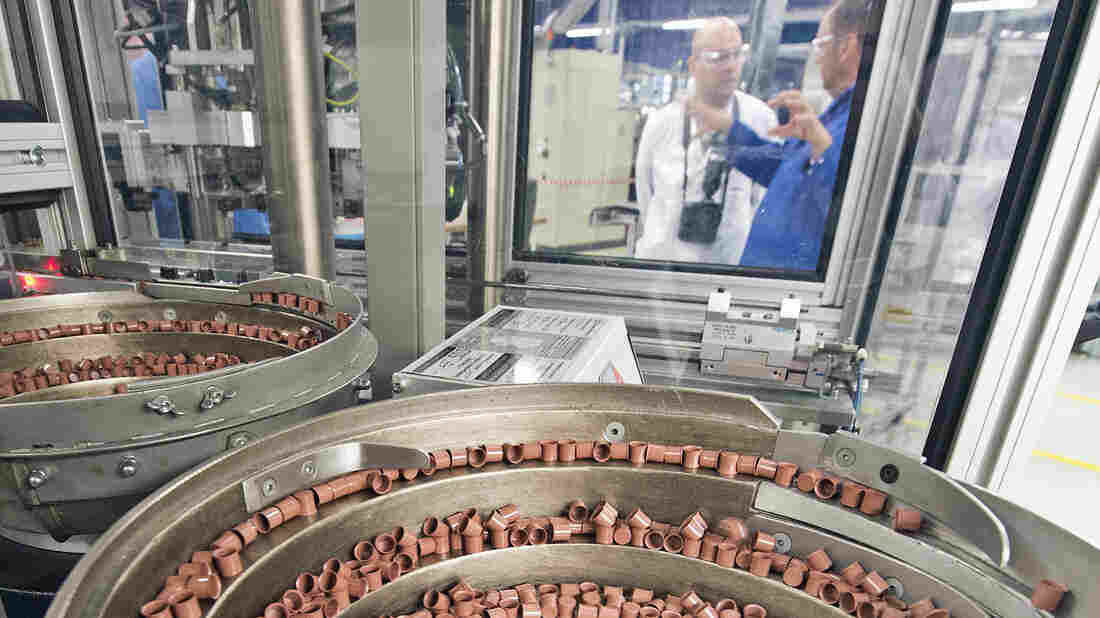 A new congressional report shows that at least four automakers are still equipping vehicles with the type of Takata air bags that have been responsible for fatalities and injuries worldwide.

Fiat Chrysler, Mitsubishi, Toyota and Volkswagen acknowledged they’ve been installing the air bags in new vehicles. These are cars in current production that are using ammonium-nitrate air bag inflators without a chemical drying agent.

The inflators are blamed for explosive air bag deployments that have sent metal shards flying into passenger compartments. The Takata air bags have been linked to at least 10 deaths and 100 injuries in the United States, according to the National Highway Traffic Safety Administration.

Automakers are allowed to sell the vehicles with the inflators under an existing order by NHTSA. But all of the vehicles using the air bags must be recalled by the end of 2018.

Sen. Bill Nelson, D-Fla., author of the report, told NPR, “At the very least NHTSA ought to be requiring that buyers are informed that they are buying an automobile with a defective part that will be recalled in 2018.”

Nelson explained that while the law permits manufacturers to sell a car that’s subject to later recall, the fact that automakers aren’t required to tell buyers before a purchase is “inexcusable.”

The Takata air bag failures have been attributed to heat exposure, humidity and age. New equipment does not pose an immediate danger.

But the ammonium-nitrate inflators, he adds, “have a history of exploding with too much force at some point in the air bag’s life cycle. This may be the first time in history where multiple automakers are selling brand-new cars with a known, and potentially deadly, defect.”

Nelson’s report said only three automakers identified specific models that are equipped with the Takata air bags. Five vehicles were named in the report:

Responding to their Democratic colleague’s report, U.S. Sens. Richard Blumenthal of Connecticut and Edward Markey of Massachusetts said in a joint statement, “This is a blatant attempt to circumvent the federal law prohibiting dealers from selling new cars with an unrepaired recall.”

The two senators called on all automakers to reveal which vehicles now in production are equipped with the defective air bags.

Speaking to NPR, Nelson said he wants to see automakers bear a greater responsibility when it comes to recalls: “There ought to be severe consequences, like going to jail. That ought to make these manufacturers not sit on these defects and try to cover it up for years.”

The sheer size of the Takata recall — potentially affecting 65 million air bags — has made it difficult or impossible for automakers to obtain replacement parts. Takata says it is ramping up production and using other suppliers to help with demand.