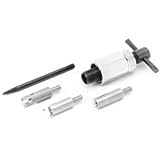 NEW YORK (CBSNewYork) — Cars have been trapped for more than 70 days after a parking garage collapsed in the Bronx.

CBS2’s Valerie Castro demanded answers about the holdup that is frustrating car owners.

The collapse happened in February, but CBS2 is told more than 40 cars are still inside, and their owners are desperate to get back behind the wheel.

The sign says open but the parking garage on Jerome Avenue in the Bronx has been closed since the second floor, loaded with cars, gave way on Febrary 19.

Among the cars still inside, is a black BMW that belongs to Dainnalee Tavarez.

“My car means everything, you know?” she told Castro.

Tavarez said her car was parked on the second level and, to this day, she has no idea what condition it’s in.

“It’s probably on the verge of falling. I don’t know nothing. I can’t even go in there,” she said.

Tavarez said she has no way of reaching the garage’s owner, and the owner hasn’t reached out to her either.

“I want to hear it from himself what is going to happen to the rest of the cars that are in here, especially mine,” she said.

Some cars were pulled out from the bottom floor in the weeks following the collapse. One man told Castro he used to work in the garage and more than 40 cars are still inside.

The city’s Department of Buildings said the garage’s owner was issued permits to shore up the structure in March. It appears some work has been done, but car owners are upset they’ve been left in the dark.

“In order for me to make that insurance claim, I have to take pictures of the damages to the vehicle,” Tavarez said.

The business owner is listed as Fordec Realty in Midtown.

“We don’t give out any information,” a woman there told Castro.

The woman also gave Castro a phone number to call for information, but it was for the same office she had just visited.

Tavarez said she’s still paying hundreds of dollars a month on the insurance for her car, in hopes that she’ll see it again soon.

CBS2 has not heard back from the owner of the building.