The post pledges “allegiance to Abu Bakr in full obedience in the good and bad things. And I won’t dispute with him unless it is an outrageous disbelief.”

The suspect in Saturday’s attack has been named as Omar Abdel Hamid El-Hussein, a senior member of the Danish government said. Police have not formally identified the gunman, who opened fire at a free speech forum in Copenhagen on Saturday before shooting several people outside a synagogue and then firing at police. Police killed him in the shootout.

The nation began the healing process Monday night with a candlelight vigil at which Danish Prime Minister Helle Thorning-Schmidt appealed for national unity. Authorities estimated more than 40,000 attended the event.

Lars Vilks, a Swedish artist who attended Saturday’s forum, believes he was likely the target of the attack. He escaped unharmed and told CNN on Monday he has gone into hiding. Vilks, known for his controversial depictions of the Prophet Mohammed, is on an al Qaeda hit list. He declined to specify when he first went into hiding and said he is not afraid.

Eriksen told CNN that the two, who pleaded not guilty, have not been charged under Denmark’s anti-terrorism laws. 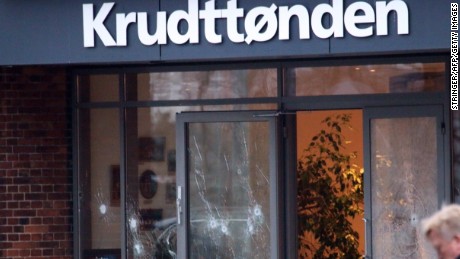 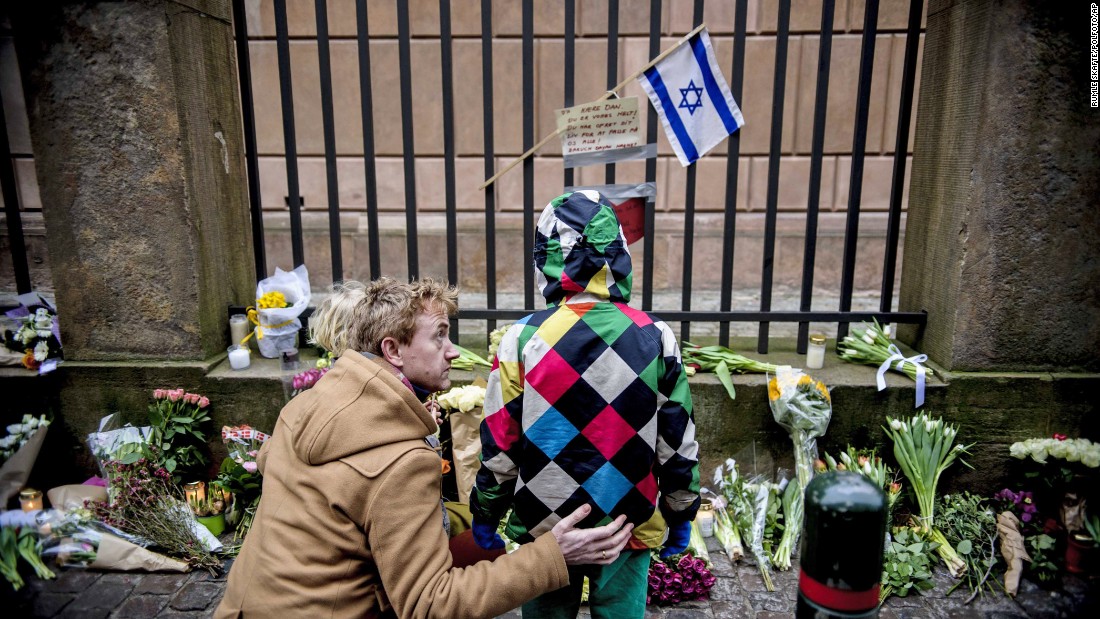 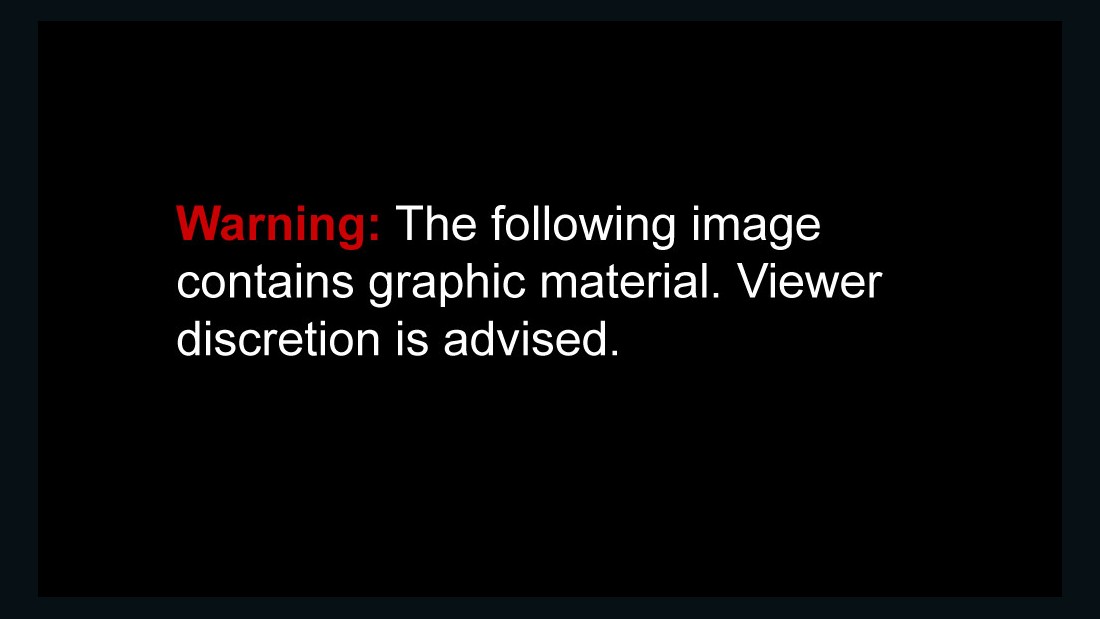 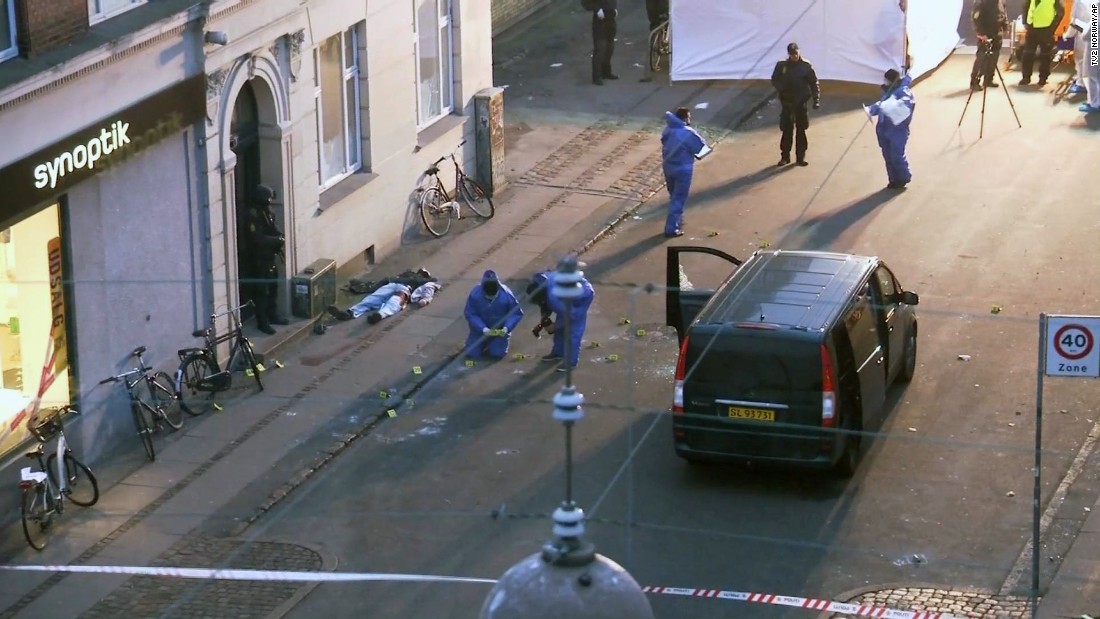 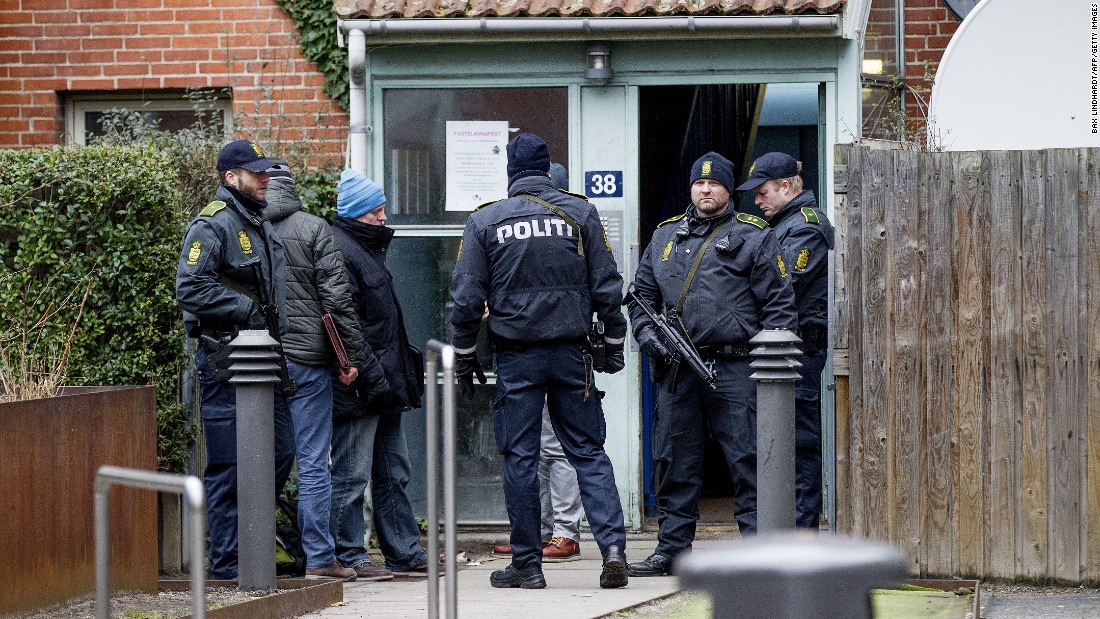 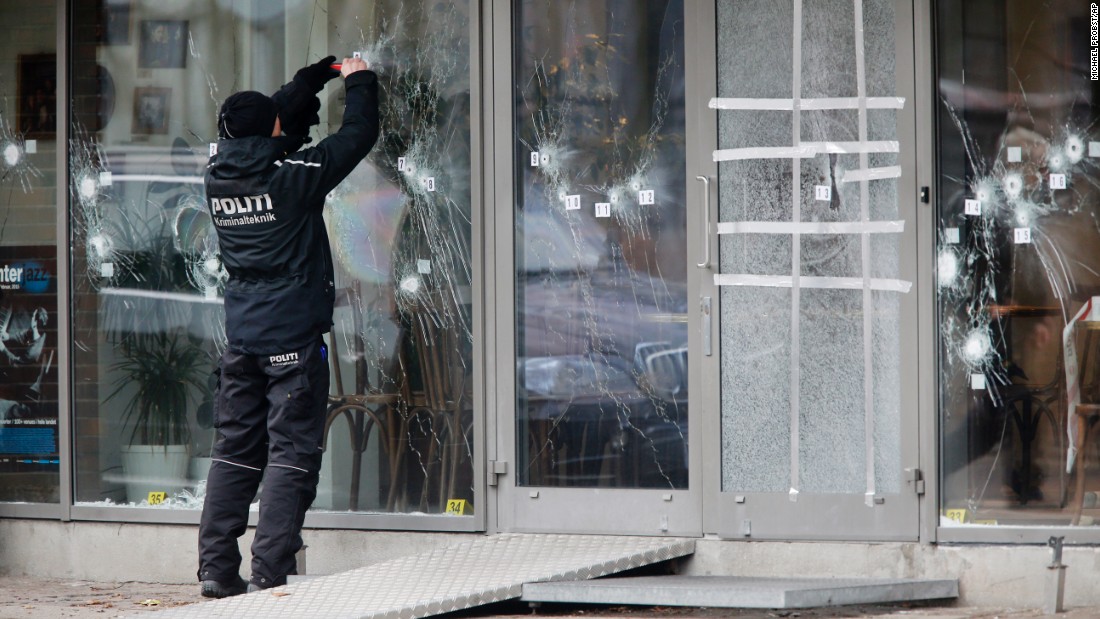 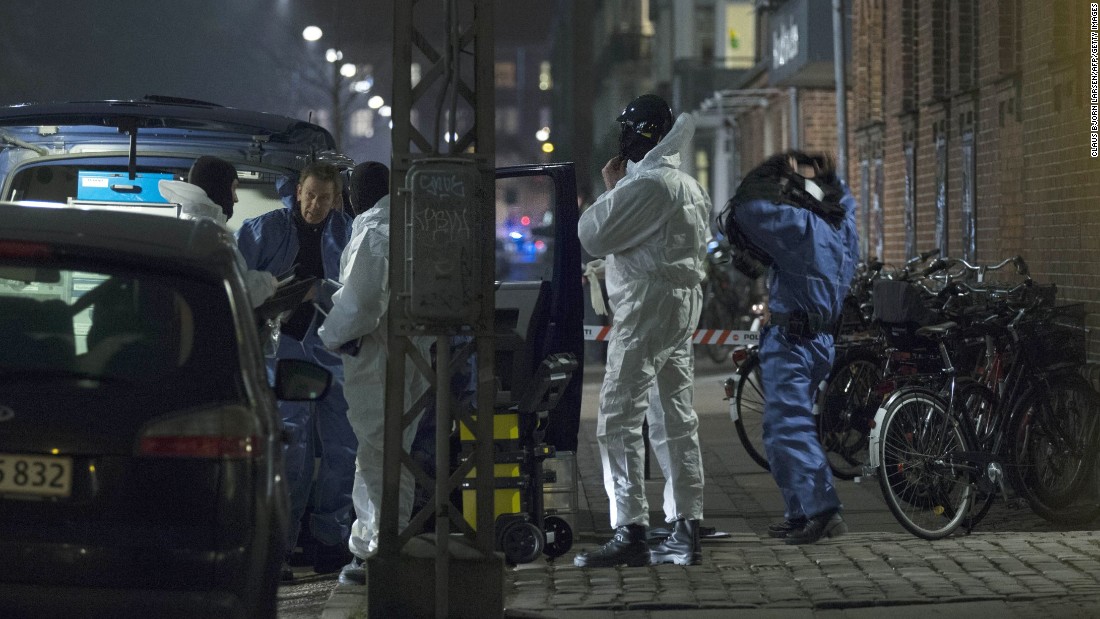 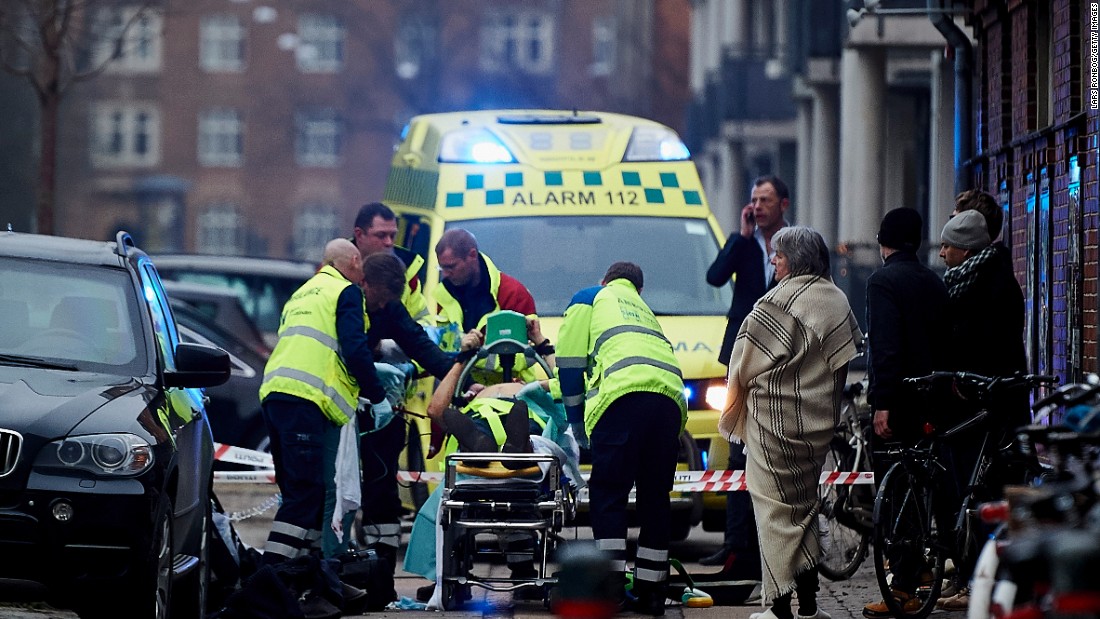 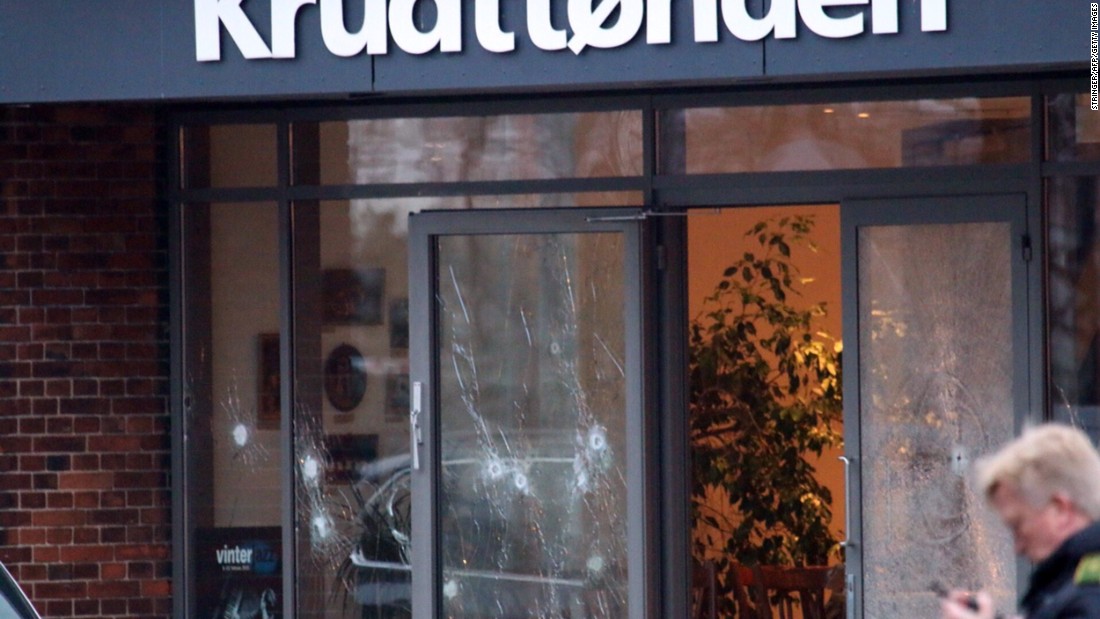 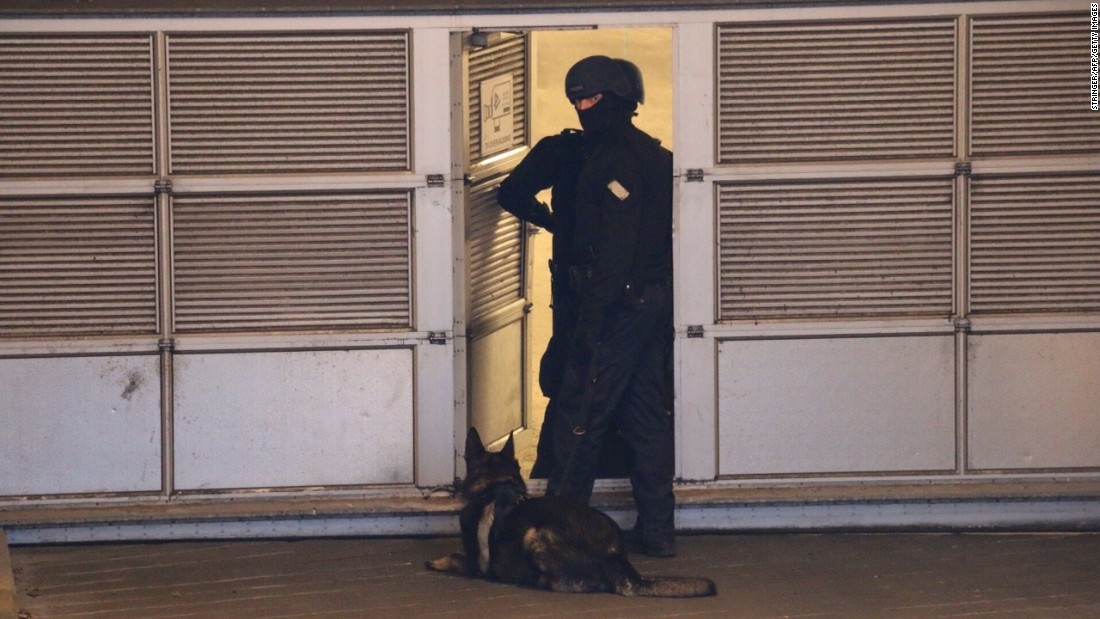 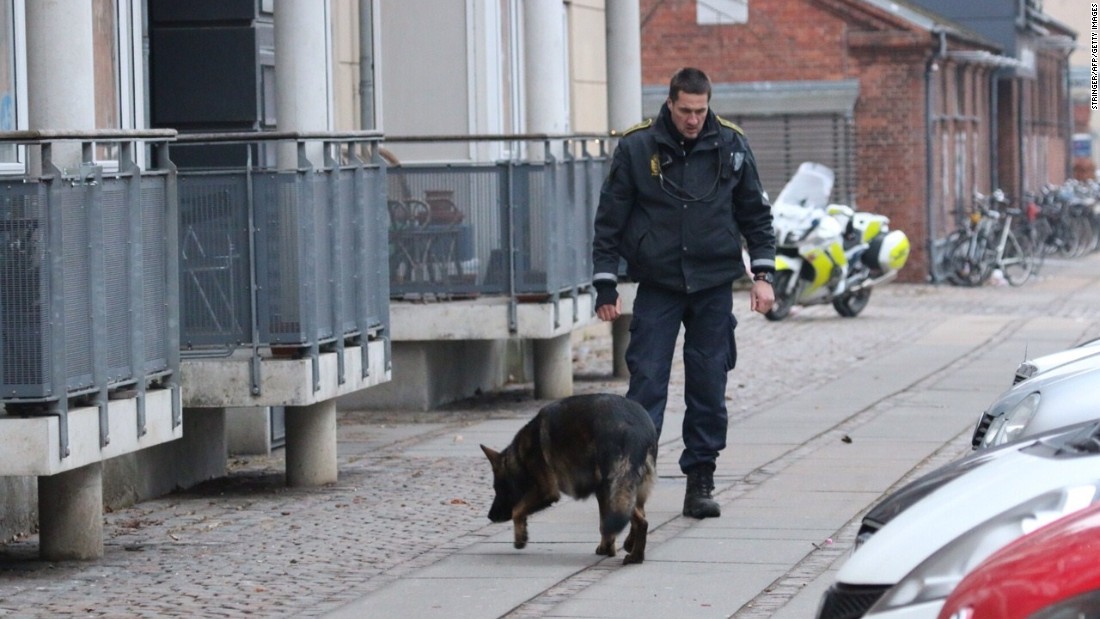 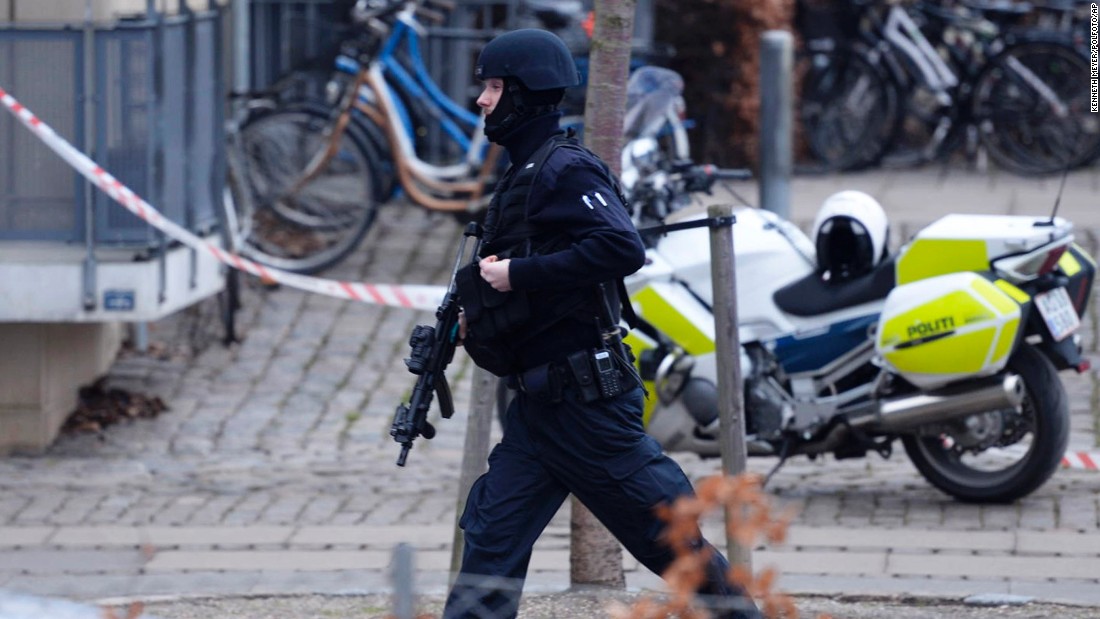 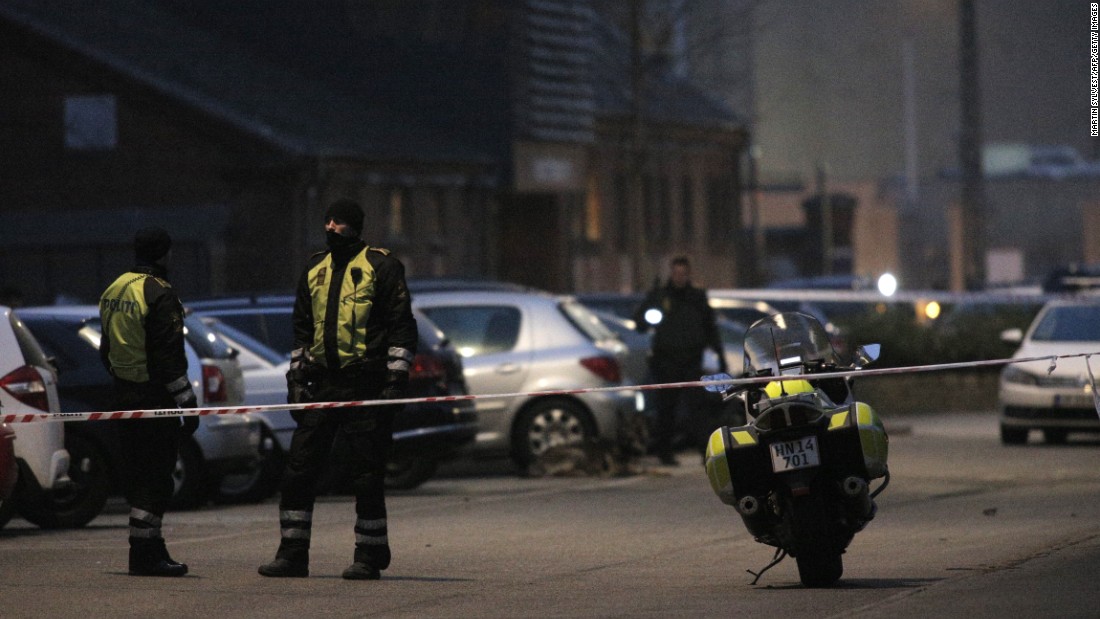 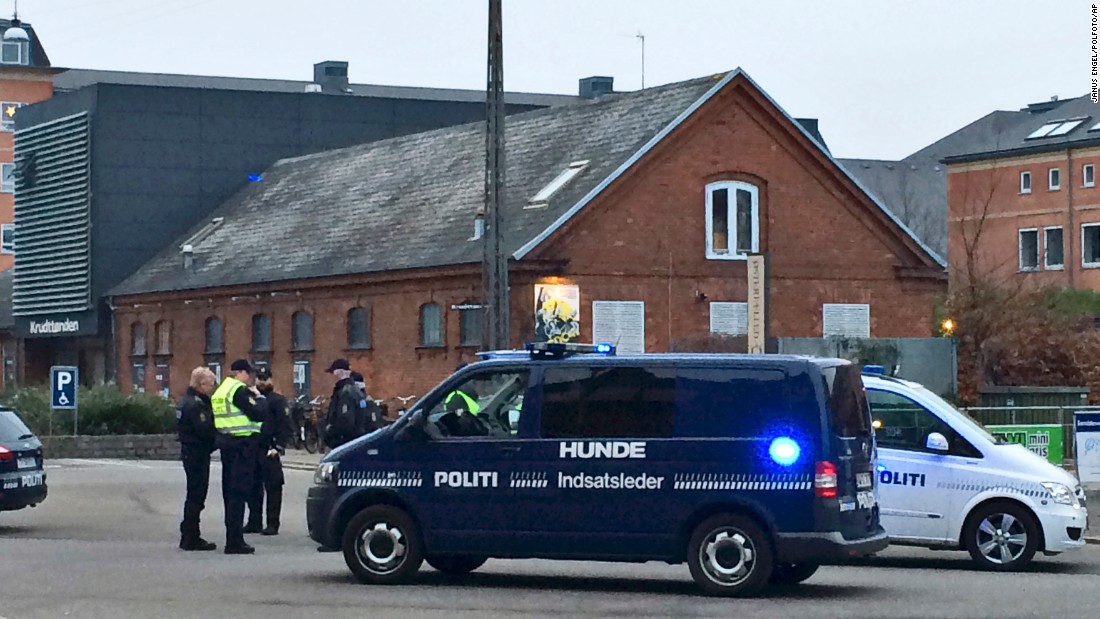 At a news conference earlier Monday, Thorning-Schmidt said that the suspect was linked to a criminal group but at this stage, there are no known ties to a terror cell.

However, investigators do not rule out that the attacks might have been inspired by last month’s terror attacks in Paris. Some security experts say the nexus between criminal gangs and violent extremists in Denmark is closer than in other nations. Jihadist activity has a history in Denmark, and more than 100 Danes are believed to have traveled to Syria and Iraq to fight with militants.

A possible target speaks out

The carnage started Saturday afternoon when the gunman stormed a Copenhagen cafe where Vilks was attending a free speech forum. 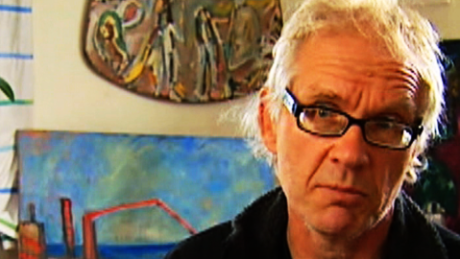 Once the attack started, Vilks noticed the gunman had more firepower with his rifle than the nearby officers with handguns.

“He was very well-equipped, and the policemen were not. So he had an advantage,” Vilks told CNN. “Several of the policemen (were) wounded but still they tried to fire back.”

Vilks said his bodyguards hustled him into a safe room.

By the end of the melee, the gunman had wounded three officers and killed a 55-year-old man. Police have not identified the deceased, but the Danish Film Institute said he was director Finn Noergaard.

Vilks, who has survived two previous attempts on his life, became a target after his 2007 cartoon depicting the prophet with the body of a dog, an animal that conservative Muslims consider unclean.

“It should be possible to insult all religions in a democratic way,” Vilks said after that cartoon published. “If you insult one (religion), then you should insult the other ones.”

Like Charlie Hebdo editor Stephane “Charb” Charbonnier, who was killed in the Paris attack, Vilks was one of nine faces on a “Most Wanted” graphic published by al Qaeda’s Inspire magazine for “crimes against Islam.” 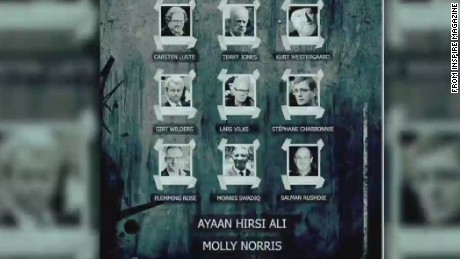 Others include a pair of Danish journalists who published 12 cartoons depicting Mohammed in the Jyllands-Posten newspaper; Florida pastor Terry Jones, who burned a Quran; and “The Satanic Verses” author Salman Rushdie.

Hours after the cafe attack, police said, the gunman made his way to a Copenhagen synagogue and once again opened fire. Two officers were wounded, and a man providing security for a bat mitzvah party behind the synagogue died.

The Jewish Society of Denmark identified the deceased as 37-year-old Dan Uzan. He was a member of the Horsholm 79ers basketball club in Copenhagen, club board member Peter Damm said.

“The Jewish Society is in shock about the attack, but everyone’s thoughts are first and foremost with Dan’s family and friends, and with the wounded police officers and their families,” the group said.

Police said they are investigating both shootings as possible terror attacks.

Police identified the suspect from surveillance footage that shows him getting into a taxi after one of the attacks, Copenhagen police investigator Jorgen Skov said. 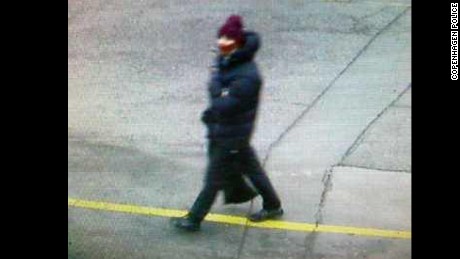 “By interviewing the taxi driver, we got the address where he dropped off the person,” Skov said. “We have been keeping that address under observation.”

He said when officers tried to contact the suspect at the Copenhagen apartment Sunday, the suspect opened fire. Police fired back, killing the gunman.

No officers were injured.

Suspect was well-known by police

While police haven’t formally released the name of the gunman, they said he is a 22-year-old man born in Denmark.

Authorities said he was “well-known by the police for several criminal incidents,” including weapons violations and violence. Police also said he was “known in connection to gangs.”

Christensen was told the dead gunman was Danish-Arab, living in Copenhagen, and was on the radar of authorities for gang activity, not for suspected Islamist extremism. As far as police know, he had not traveled to Syria or Iraq.

The gunman was recently in jail after being convicted of stabbing another young man with a knife several times on a commuter train, Christensen said. The man survived.

Charlie Hebdo attack may have been inspiration

Authorities are “operating under a theory” that the gunman may have been inspired by the January terror attacks in France, said Jens Madsen, chief of the Danish Security and Intelligence Service.

Seventeen people died in the Paris attacks, which began with an assault on the offices of the satirical magazine Charlie Hebdo. The magazine had published controversial images of the Prophet Mohammed.

Why Islam forbids images of Mohammed

The Charlie Hebdo attack renewed attention on networks of extremists operating in Europe. Shortly after the events in Paris, police in Belgium conducted a raid where two suspected extremists were killed in a shootout. The ringleader of that group, who is believed to have operated from Greece, remains at large and may have fled to Syria.