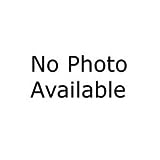 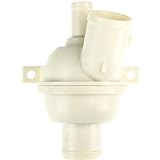 There are plenty of things that I cannot do, or have not learned, that make me feel slightly inadequate as an adult human. I call a tiffin cake a rocky road. I mix colours in the wash. I do read the financial pages – but pull me close, and in the heat of the moment I probably couldn’t explain pension schemes to you.

Related: Self-driving cars: who’s building them and how do they work?

Driving, however (or rather, the fact that I do not, and I cannot, drive) is not something I care about. I never learned to drive because I moved to Russia as a teenager, and driving in Russia then involved being pulled over by the police every five minutes for nonexistent traffic violations and then paying a bribe. Then I still didn’t learn because I lived in Oxford, where everybody gets around using wicker baskets on wheels. Then I didn’t learn all over again because I moved to London, where waiting for the tube because of a “signal failure” irritates me, ergo I doubt I’d take to sitting in an endless car-snake on Euston Road without the option of escaping from the driver’s seat.

All this, as well as the expense of owning, insuring and maintaining a car, and being fingered as the designated driver on nights out. Before, even, all of that: the minor matter of forking out for lessons (over £1,000, according to Money Saving Expert) and the stress of a test.

But might the prospect of the “driverless” (or, to be more accurate, autonomous) car mean those of us who are without licences now will never have to learn? Will I never be like Cher Horowitz in Clueless (“Where’s my shirt? Today is my driving test … It’s my most capable looking outfit!”). Next month, Londoners will be able to test autonomous cars as part of two trials backed by the business secretary, Sajid Javid. Which is great, because now, when house prices force you out of the capital, you can literally be driven out.

Autonomous cars are no longer shiny figments of sci-fi imaginations. They might be coming to the mass market as early as 2020 if Google has its way (Google almost always has its way). In the US, legislation in anticipation of autonomous vehicles has passed in seven states. Last week Michigan, home of General Motors and Ford, moved to allow the sale of driverless cars.

“It’s coming. It’s coming fast!” was the verdict of Michigan’s head of transport, prophesying a world in which cars throw their own apple cores from windows. But when I ask Bryant Walker Smith, University of South Carolina professor and an authority on autonomous driving, whether this means I will never have to take that test, he doesn’t seem so sure.

“The things we expect to happen the fastest will take the longest. It’s the things we don’t ever see coming that arrive soonest.” This sounds like a quote that would be misattributed to Sartre on the internet, but I see his point.

There are, Smith says, myriad legal issues, which means manufacturers and developers may have to take the aggressive stance of, say, Uber (it is everywhere!) to push legislative changes through.

And vehicles, at least in the “near term”, will be able to drive themselves only on some roads and in certain conditions. So if I want to be able to drive “everywhere” as opposed to “staying in the kind of dense urban environments in which public transportation and ride-sharing services already operate”, I will still have to take a test.

Further down the line, though, Smith is excited about what he calls “geographic obliviousness”. This is the idea that we will trust our autonomous vehicles to understand what we tell them we desire, and to guide us to it. Smith likens this to the way we step into an elevator and arrive at point of destination without knowing much about the in-between – just that we are where we wanted to be.

I still have concerns. Hackers messing with algorithms and causing carnage. Or that I’d probably end up falling in love with the operating system, à la Joaquin Phoenix in Her. The cars themselves, Google models and others, currently have the aesthetic qualities of a hollowed-out pebble. Then there’s the fact that in road testing prototypes have collided with buses and moved so slowly as to impede traffic flow. This just seems the same as what would happen if I was behind the wheel. But being able to read while travelling would be cool, and the less toxic fumes in the atmosphere the better.

In the meantime, we have Chinese buses that ride in the air to look forward to; and Britain’s HS2 railway, which I fully anticipate to be half-finished by 2050. But given that Smith won’t be drawn on exactly when driverless cruising will be common, saying only “cool things will happen in the future”, I should probably just learn to drive and, I guess, not sit back and enjoy the ride.