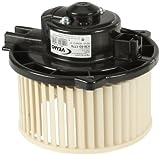 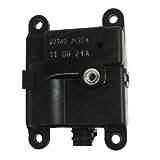 There are an estimated 7.5 million cars, trucks and motorcycles registered in Los Angeles County. During the day, they clog the 405 and the 10 and every other freeway. Come nightfall, they’re tucked away for the night, something that fascinates Gerd Ludwig.

The German photographer prowls the city in the wee hours, photographing resting rides for his series Sleeping Cars and even has an Instagram dedicated to the project. For the past seven years, he’s made pictures of cars “that speak to him” from the neon-lit curbs of Los Feliz Boulevard to the palm-lined driveways of Sunset Plaza Drive. He describes these cars as you might describe a person, and is drawn to those that “have a presence” and “command their own space.”

Ludwig moved to LA more than 20 years ago, but wasn’t inspired by the city’s car-centric culture until 2006. He was stuck in traffic with a friend who wondered where all those cars spend the night. Ludwig ruminated on the idea for a few years and in 2009, started making long, aimless evening drives around the city. He’s since amassed some 500 portraits of cars. “I realized I had subconsciously been attracted to the subject of a covered or resting car for a long time—I discovered I had occasionally taken images of single cars on many assignments worldwide,” he says.

He’s photographed far and wide, but is less interested in covering the the entire city and more interested in the “distinct personalities” he happens upon. Ludwig is constantly on the prowl for stand-out cars, following up on vehicles he spotted during the day or chasing down leads provided by friends or even police curious to know what he’s up to. Residential neighborhoods full of modest homes with single-car garages are always a good choice, because any families with more than one car must leave at least one “lovingly covered” in the driveway or on the street.

Ludwig makes long exposures with a digital camera on a tripod. He favors ambient light from sources like streetlights or passing cars, but sometimes augments it with a small flash or the headlights on his own car. He’s also mindful of the weather. “I like to photograph during foggy nights, a full moon or with low cloud cover, when the city lights turn the sky into an eerie orange-brown,” he says. “I frequently check traffic cams to find foggy areas or low-lying clouds.”

His photos have a cinematic quality, and the fact he often photographs older vehicles lends a certain timelessness to the images. Even people who don’t care about cars can find the photos fascinating, and share at least some of the wonder Ludwig feels for the subject. “I always considered cars to be extraordinary creatures,” he says.

Sleeping Cars is on view at the Fahey/Klein Gallery in Los Angeles until March 19.