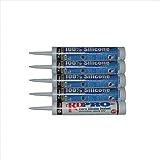 Driverless cars may not be ready for prime driving time, expert says – CNBC

The idea is that once the technology is in place, it will actually help reduce accidents. According to a study by consulting firm PTOLEMUS, there will be 380 million semi, highly or fully autonomous vehicles on the roads by 2030, which are expected to reduce the number of road accidents by 30 percent. About 1.25 million people around the globe die each year in car crashes, according to the World Health Organization.

Both the big automakers and tech companies are getting into the game. Google’s driverless cars alone have self-driven more than 1.5 million miles during tests around the country. Audi, Delphi, Tesla, Honda and BMW are among those conducting tests, with BMW recently announcing it hopes to have its autonomous cars on the road by 2021.

But Cummings believes “we are in this very tenuous place right now” because cars are only partially capable of driving without a human, and there are problems in the implementation of the technology.

“If we are not going to be able to get that correct, then we probably shouldn’t be using these kinds of modes of operation,” she said.

—The Associated Press, Reuters and CNBC’s Luke Graham contributed to this report.