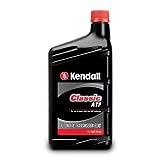 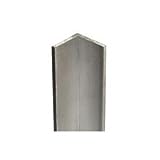 Drivers with backup cars get little practice at Daytona – SportingNews.com

DAYTONA BEACH, Fla. — Some drivers that had to go to backup cars after accidents in their qualifying races Thursday faced the possibility of not getting on the track at Datyona Friday.

Rain cut short the 80-minute practice session to about 50 minutes Friday morning and another 80-minute session was scrapped by rain Friday afternoon.

Todd Berrier, crew chief for Martin Truex Jr., wasn’t worried as long as Truex can take a couple of laps Saturday in the final 90-minute session. Truex, the outside polesitter, was involved in the last-lap crash in the second qualifying race Thursday and trashed his primary car. He will have to drop to the rear of the field for the start Sunday.

“We’d only go out there and run by ourself and leak-check it anyway,” Berrier said about the potential of the weather impacting practice time Friday. “You’d like to practice getting on pit road to make sure the brake bias is right. Aside from that, we’re fine with it.”

Of the five drivers who went to backup cars, only Jimmie Johnson (19th overall in the session) and Jamie McMurray (22nd) got their cars out Friday morning. Truex, Clint Bowyer, David Ragan and Michael Waltrip did not.

Truex didn’t test during the preseason at Daytona and that didn’t seem to hurt him in qualifying or the way the car raced. The backup car was just 1-2 drag horsepower behind the primary in the wind tunnel, Berrier said.

“It’s no different than that (not testing),” Berrier said. “It’s brand new, a really good car. We built four cars to come here with because last year we used up three.”

Carl Edwards got in seven laps in a repaired car to feel comfortable. He and several other drivers, including Sprint Unlimited and qualifying race winner Denny Hamlin, won’t practice again before the 500.

“It worked out perfectly for us,” Edwards said. “We’re good. If we don’t run that car until the race, I’m happy.”

Edwards said the team talked for a long time about whether to repair the car after significant right front fender damage Thursday night.

“The car is fast and it’s not hurt,” Edwards said. “They said they could fix it. We’ve got the seat right, the mirrors are right, everything works, it’s fast. Right now, we’d be stressed if we would have gone to a backup car.”

Only 29 cars made it to the track during the Friday practice session, with Ricky Stenhouse Jr. (197.027 mph), Greg Biffle, Danica Patrick David Gilliland and Tony Stewart posting the top five speeds.