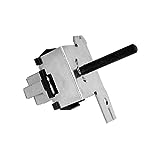 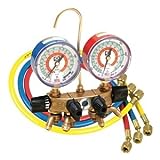 No automaker likes hearing someone refer to one of its vehicles as an ‘appliance.’ In an industry that trades on passion and excitement, reducing a car to the equivalent of a toaster or microwave—utilitarian, mundane—feels like failure.

But the auto industry might need a new insult, if the man who made a fortune building some of the world’s coolest appliances pulls of his plan to create an electric car. British inventor, Sir James Dyson announced this week that his company will spend more than $2.7 billion to build a swoon-worthy, zero-emissions vehicle by 2020.

Details on the Dyson car are somewhere between limited and non-existent. (“Competition for new technology in the automotive industry is fierce and we must do everything we can to keep the specifics of our vehicle confidential,” Sir James wrote in an email to his staff.) He did say he has started building a team of engineers with automotive experience, which is already 400 strong and recruiting hard.

Dyson has proved people are willing to pay a hefty premium for bagless vacuum cleaners, blade-free fans, and tech-packed hairdryers. All good stuff, but hardly a guarantee he can do the same with cars.

The automotive business is notoriously brutal to newcomers. There are far more recent failures (DeLorean, Fisker, Aptera,) than there are Teslas. Even Elon Musk’s company has yet to make any money. The world’s richest company, Apple, recently scaled back its automotive ambitions, reportedly when it realized just how hard building a car really is. Making a one-off prototype that moves is one thing. Building a global supply chain, conforming to endless regulatory gobbledegook, managing massive overhead, and building out working production lines is quite another. Even the successful automakers struggle with slim profit margins.

Dyson’s multi-billion dollar investment in cars and batteries sounds large, but pales next to the legacy automakers who know how much it costs to design and develop a new kind of car. Daimler is pouring $10 billion into EVs, Tesla will likely have spent a similar amount by the end of the year.

But despite the hurdles, it’s not a crazy idea for Britain’s favorite appliance maker to try to make a sexy, desirable, car, even if it only sells in small numbers. The company has a reputation for engineering smart, often exceptional products. That’s what happens when you put $10 million a week into R&D.

“Dyson can use the premium image of its vacuum products and design experience,” says Arthur Wheaton, an auto industry expert at Cornell University. “They do have a chance to be a niche player, like Tesla was at the beginning, but man, that’s a steep hill to climb.”

Better yet, Dyson has some core competencies that give it a head start when it comes to electric cars. First, it has invested in the power supply they’ll need, in particular by buying Sakti3, a company that specializes in solid state batteries, in 2015. That tech—which hasn’t been proven outside the lab yet—should allow much more energy to be stored in a package that’s smaller and lighter than today’s lithium ion batteries.

Second, Dyson has vast experience with electric motors, and is constantly working to make them more powerful and efficient. Those motors, which power everything from air conditioners, to pool pumps, to heavy machinery, use 40 percent of electricity globally. Making them even a little bit better would lead to big energy savings—and give Dyson a competitive advantage.

“On this massive scale, if you were to create a more efficient or more innovative approach to design and manufacturing of a motor, the economies of scale and the savings are substantial,” says R.A. Farrokhnia, a business and engineering professor at Columbia University. He believes Dyson, and companies like it, could become a new generation of parts suppliers to other electric car makers.

And third, Dyson’s products are also all designed with efficient air flow in mind, whether it’s sucking it into a vacuum cleaner, or blowing it out of a fan without spinning blades. Aerodynamics are particularly important to electric cars, since every bit of extra drag drains that much more battery life. Why do you think Tesla cars have flush door handles? Billions have already been invested into active air flow for racing cars, but if Dyson has a breakthrough here it could give its car an edge.

Even with every innovation the company can throw at a car, Dyson will almost certainly be unable to build and sell a vehicle at high volumes, for a profit. But if he can make a unique, high-end, expensive car, he could pull in buyers and at the same time showcase his brand and its technological prowess. He could enforce Britain’s strong tradition of producing boutique automakers, the likes of Aston Martin, Lotus, TVR, MG, and Caterham. (Aston, at least, seems ready for some company.)

Historically, Dyson has kept its technology in-house, but if Sir James really wants to make a difference in the world—and he says he does—he could offer whatever he makes, be it motors or batteries or aerodynamic tricks, to the bigger players in the field.

Ultimately, it seems building a car may be a passion project for Dyson, one that could expand and reinforce his reputation as an inventor. “Would you rather be known as the vacuum cleaner guy, or the electric sports car guy?” says Wheaton.

And if Dyson can make this work, the auto industry will just have to suck it up.