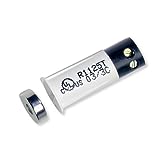 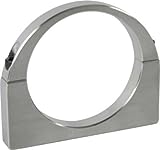 By the end of last year, Volkswagen Group’s dearest wish was fulfilled, and VW was declared world’s largest automaker – at least officially. Two months into the new year, it looks like the win may already be slipping through Volkswagen’s fingers. Arch nemesis Toyota Motor Corp reported today global production numbers nearly a quarter million ahead of Volkswagen. Later in the day came an even bigger surprise: With Mitsubishi under its belt, the Renault-Nissan Alliance pulled ahead of Volkswagen, and turned it into a 3rd-ranked automaker. So far, at least.

Toyota’s worldwide production (including Daihatsu and Hino) grew a whopping 9.4% in the first two months of this year. Tokyo-based spokesperson Kayo Doi points to strong production starts in ASEAN markets, and to the fact that in the first months of last year, her employer grappled with an exploding steel mill in Aichi, Japan, which paralyzed Japanese production for a short while, along with skewing the year-on-year percentages.

Volkswagen suffered a nearly 10% decline in its core market China in January and February. Stronger sales in Europe and the U.S.A. could not make up for the Chinese contraction. On the back of troubles in China, Volkswagen’s profit machine Audi was down 7.7% in the same period. In China, Audi has a dealer revolt on its hands. Audi plans a Chinese joint venture together with SAIC, in addition to the current JV with FAW. SAIC and FAW sell through separate channels in China, and Chinese Audi dealers are understandably worried about losing business on top of already soft Audi sales. There are reports in German media that some of Audi’s Chinese dealers are “boycotting imported Audis.” Audi denied the rumors.

New on the podium is the Renault-Nissan Alliance with a surprise jump to #2. Last year, the Alliance was in 4th, a mere 3,891 units behind #3 GM.  Today, Alliance spokesfolk did not have their numbers at their fingertips, but with a little emailing, it was established that January through February, Nissan produced 922,312 units, Mitsubishi made 197,127, while Renault reported deliveries of 507,123 units inclusive Russian Avtovaz. Bottom line: #2 for the Alliance. Paris spokespeople did not have a production number, but with a little trying, Alliance synergies eventually will reach that detail also. The Alliance business grew a strong 9.1% in the first two months.

The numerical fate of last year’s number 3 General Motors is unclear. The company releases global delivery data only quarterly. Also, GM sold its European Opel business to PSA Peugeot-Citroen, which will impact its global deliveries by roughly one million per year. I have asked PSA when and how they will recognize Opel deliveries as theirs. No answer was received, most likely because nobody knows when the deal will close.

Toyota reports both sales and production, this takes production. Volkswagen reports “deliveries” to wholesale – which is, at least for this exercise, close enough to production.