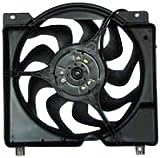 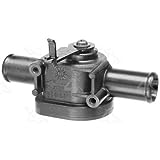 The Islamic State’s mass execution of Egyptian Christians is the latest sign that ISIS is pointing its sword against not just the West but the rest of the Arab world — drawing the region into a spreading war that leaves the United States in a difficult spot as it tries to marshal a cohesive coalition.

That coalition started last fall as a U.S.-led airstrike campaign involving several Gulf states, and Jordan. Not only have a host of western nations since joined to offer at least financial support, but several other countries in the Middle East and North Africa are now launching their own military campaigns.

On Monday, Egyptian warplanes struck at ISIS militants in Libya, in retaliation for the mass execution of Coptic Christians from Egypt. The airstrikes reportedly were coordinated with the Libyan government.

Meanwhile, Iran is said to be fueling Shiite militias now battling ISIS militants on the ground in Iraq, as Iraq’s military loses strength. Syria’s Assad regime has been fighting ISIS from the start. And Jordan, a U.S. ally, has escalated its role in the coalition after a captured Jordanian pilot was burned alive by the Islamic State.

The distinct campaigns have raised questions about the direction of the anti-ISIS coalition and alliances in the region.

“It’s much more like Game of Thrones, and much less like a seriously thought-through strategy against a regional opponent,” Danielle Pletka, senior vice president for foreign and defense policy studies at the American Enterprise Institute, told FoxNews.com.

With ISIS-aligned militants battling on so many fronts in the region, analysts say the organization is trying to demonstrate its clout, in turn boosting its already-robust recruitment.

The multiple fronts, though, create challenges for the Obama administration. The Washington Post reported Monday that Iran-backed militias are taking the fight to ISIS in Iraq — which in turn increases Iran’s already growing influence in that country.

The impact of Egypt’s entry into Libya remains to be seen. But retired Lt. Col. Tony Shaffer, a former military intelligence officer now with the London Center for Policy Research, said: “Egypt jumping into Libya is not part of the [U.S.] plan.”

Amid the chaos, Shaffer said his group is urging the creation of a single “comprehensive treaty organization” — a standing coalition of countries in the region, which he describes as a sort of “Arab NATO.” Such a group, he said, could organize against ISIS and plan for establishing post-ISIS governance in areas where there is none. This could include Jordan, Egypt and several other governments all fighting a common enemy, which he stressed as critical.

Matthew Levitt, counterterrorism analyst with The Washington Institute, described the strikes in Libya as a separate issue from other Islamic State battles, and one fed by the severe instability in that country. “It’s a problem for Egypt, because they’re right next door,” he noted.

But regardless of how connected the Libya fighting is to the broader Islamic State crisis, the entire conflict has had a curious side effect: drawing attention away from what once was the No. 1 enemy in the region, Israel.

Even before the rise of ISIS, analysts say, some Arab states in the region were beginning to — quietly — work with Israel on various challenges including Iran. Now with ISIS the singular force uniting a region notoriously riven by tribal, religious and territorial differences, Israel is on the sidelines.

“This is actually not about Israel, for the first time in a long time,” Levitt said.

He suggested it best for Israel not to play any active role in the current conflict but said the reality is the Gulf states are now realizing “that not every evil in the world … has to do with Israel.”

Pletka said, further, “They and the Israelis see the region through the same prism.”

Whether this results in the long run in Israel being seen as less of an enemy of the Arab world — or simply means Israel becomes the target of fewer United Nations condemnations for a short spell — it represents a significant change, analysts say.

“This is a major, tectonic shift,” Pletka said.

The Islamic State, meanwhile, continues to incite surrounding countries, chiefly through the tactic of horrific executions.

The video released online over the weekend showed 21 Egyptian victims kneeling on a beach, before being beheaded. Egyptian President Abdel Fattah el-Sissi quickly vowed revenge, saying the whole world is in a “fierce battle with extremist groups.”

Both the Egyptian government and Libya’s fragile state are facing internal threats from militants claiming loyalty to ISIS. Egypt already is battling ISIS militants in the Sinai Peninsula, and the airstrikes in neighboring Libya mark an expansion of that fight.

“Clearly, this is a global jihad right before our eyes,” retired Gen. Jack Keane, a Fox News military analyst, said of the ISIS-driven killings.

In a written statement, the White House condemned the “despicable and cowardly murder of twenty-one Egyptian citizens in Libya by ISIL-affiliated terrorists.”

The White House noted that the killing “is just the most recent of the many vicious acts perpetrated by ISIL-affiliated terrorists against the people of the region, including the murders of dozens of Egyptian soldiers in the Sinai, which only further galvanizes the international community to unite against ISIL.”

The White House urged a “political resolution” to the ongoing conflict in Libya. The White House is hosting a summit later this week on “countering violent extremism.”