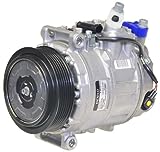 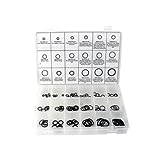 Electric cars emit significantly less greenhouse gases over their lifetimes than diesel engines even when they are powered by the most carbon intensive energy, a new report has found.

In Poland, which uses high volumes of coal, electric vehicles produced a quarter less emissions than diesels when put through a full lifecycle modelling study by Belgium’s VUB University.

CO2 reductions on Europe’s cleanest grid in Sweden were a remarkable 85%, falling to around one half for countries such as the UK.

“On average, electric vehicles will emit half the CO2 emissions of a diesel car by 2030, including the manufacturing emissions,” said Yoann Le Petit, a spokesman for the T&E think tank, which commissioned the study.

“We’ve been facing a lot of fake news in the past year about electrification put out by the fuel industry but in this study you can see that even in Poland today it is more beneficial to the climate to drive an electric vehicle than a diesel.”

The new study uses an EU estimate of Poland’s emissions – at 650gCO2/kWh – which is significantly lower than calculations by the European commission’s Joint Research Centre science wing last year.

But its findings will likely be welcomed in Brussels, where a new emissions standard for 2030 is set to be unveiled in November, along with some potentially more radical proposals.

Speaking in the European parliament this month, the EU’s climate commissioner, Miguel Canete, said: “One option we’re looking at is a mandate to ensure a minimum share of low – for manufacturers it could be zero – emitting vehicles.”

Today, just 1.7% of new vehicles sold in Europe are electric, and some EU officials question whether Europe has access to enough lithium to create a 5-10% market share for electric cars anytime soon. Its capacity to scale up construction of battery plants may also be in doubt.

“You can’t have a massive explosion of electric cars as there’s no plants here to build the batteries,” one EU source said. “In any case, when you take into account the emissions from battery manufacture and electricity supply, their GHG emissions are not so attractive.

The VUB study says that while the supply of critical metals – lithium, cobalt, nickel and graphite – and rare earths would have to be closely monitored and diversified, it should not constrain the clean transport transition.

As battery technology improves and more renewables enter the electricity grid, emissions from battery production itself could be cut by 65%, the study found.