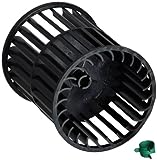 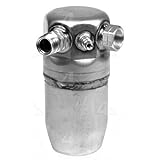 Electric Cars Still Have a Long Road Ahead – Motley Fool

If Tesla Motors (NASDAQ:TSLA) has its way, trips to the gas station will soon be a thing of the past. It seems inevitable that electric cars will eventually supersede the gas-guzzling pollution machines that we all drive around today. The only question is: When? We recently asked our Twitter followers to weigh in on this question. Here’s how they voted.

How long before you no longer put gas in your car?

While 4% of respondents already don’t put gas in their car, either because they’ve already made the switch to electric or because they don’t own a car in the first place, a whopping two-thirds believe that it will take more than seven years before they finally stop pumping gas. While it’s easy to get caught up in the hype surrounding Tesla’s affordable Model 3 and General Motors‘ (NYSE:GM) impressive Bolt, I think it will take at least a decade, maybe longer, before a meaningful percentage of cars on the road are free from the chains of fossil fuels.

There are a few reasons to believe that it will take a long time before electric cars truly go mainstream. The average age of passenger cars in operation in 2014 was 11.4 years, up from 8.4 years in 1995. A car manufactured today will be on the road for a long time. According to The Wall Street Journal, the current seasonally adjusted annual rate for new-car and light truck sales in the U.S. is around 17 million. But 38 million used cars were sold last year, according to Edmunds.com, dwarfing the new-car market.

With U.S. electric and hybrid vehicle sales totaling just 115,000 in 2015, the used-car market will consist predominantly of gas-powered vehicles for the foreseeable future. Even if Tesla succeeds in selling 500,000 cars annually, or if GM’s Bolt is a roaring success, it will take many years for those cars to flow through to the used-car market.

Headwinds on the electric highway

There are other headwinds as well. Light trucks, a category that includes pickups, crossovers, vans, and SUVs, accounted for 60% of U.S. vehicle sales in August. Tesla currently sells the Model X SUV, but unless you’ve got $120,000 to spend, you’re out of luck if you want an electric vehicle that’s not a car.

Another problem: Given that electric cars need to be charged, apartment dwellers and those who live in homes without garages have little reason to go electric. This is a chicken-and-egg problem: Without many electric cars on the road, there’s little incentive to build infrastructure. But without infrastructure, driving an electric car is infeasible for many. Perhaps someday charging stations will be commonplace. But until then, the market for electric cars will remain small relative to the car market as a whole.

The slow-moving nature of the automotive market benefits companies such as General Motors. Tesla has produced some impressive vehicles, and I have no doubt that electric vehicles will continue to grow in popularity over time. But with change measured in years in this industry, GM and other large automakers have plenty of time to adjust and adapt. It will probably be years before electric cars even begin to make a dent in sales of traditional gas-powered vehicles.

At some point in the future, electric vehicles will be the norm. But I think those who voted on the Twitter poll got it right: It will be many years before electric cars begin to truly replace gas-powered vehicles.