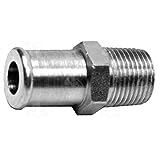 At this year L.A. Auto Show, a number of carmakers are adding electric cars and upgrading their existing models.

The budding Trump administration so far has been short on policy specifics. But just two days after the election, automakers’ chief lobbying group, the Alliance of Automobile Manufacturers, urged the Trump transition team to revise not only the fuel economy standards, but also the Obama administration’s autonomous vehicle standards, on the grounds that they could cost its member companies billions of dollars.

“The short answer is that we don’t know what will happen with the Trump administration and electric vehicles,” said Dave Reichmuth, senior engineer for the Union of Concerned Scientists clean vehicles program. “It might be awhile before we understand the policy priorities for the new administration.”

Reichmuth points out that the EV tax credit is embedded in the larger federal tax code, so removing it would require action from Congress. So it’s not likely to be changed soon, even if that was the direction that was chosen.

It’s worth noting that many of the cars receiving the credit come from U.S. assembly lines — Tesla in Fremont, Calif., the Volt at Detroit-Hamtramck, the Bolt in Orion Township and the Nissan Leaf in Smyrna, Tenn. None of this will shake automakers’ resolve to advertise and sell these plug-in vehicles.

The Bolt EV comes off a week when it won two Car of the Year awards, one from Motor Trend, the second from Green Car Journal. Its certified 238-mile range on a full charge should ease consumers’ anxiety about being stranded. The Bolt comes to market, beginning in California, at least one year ahead of the Tesla Model 3. Both are in the same price range — about $30,000 or slightly less after the $7,500 federal tax credit.

“We have six now and four are already sold. Mid-December is the target week for when we get any more,” said Brian Satterlund, new car sales manager at Ron Tonkin Chevrolet in Portland, Ore., which has more public charging stations per capita than any U.S. city.

About 1,100 miles south in Redwood City, Calif., about 40 customers have preordered Bolts, according to Michael Little, a sales consultant at Boardwalk Chevrolet.

Despite the turmoil in Washington, D.C., the West Coast remains a strong market for EVs.

In addition, the California Air Resources Board has required that zero-emission vehicles account for a certain percentage of each automaker’s sales in the state. Those targets are 4.5% of sales in 2018, rising to 22% in 2025.

But plug-in hybrids such as the Chevrolet Volt and Ford’s Fusion Energi and C-Max Energi, and pure electrics such as Tesla’s Models S and X, Nissan Leaf and BMW i3, are still just a sliver of the U.S. market.

General Motors hasn’t discussed its production plan for the Bolt, beyond saying it will build to meet demand.

Tesla has more at stake. So far it is selling the Model 3 on the charm and media manipulation of CEO Elon Musk. It holds about 400,000 refundable $1,000 deposits for a car it won’t begin assembling until late 2017 at best.

Musk plans to produce Model 3s at an annual rate of 200,000 by 2018, which means he’s assuming a lot of those depositors will be patient.

Despite earning $21.9 million on revenue of $2.3 billion in the third quarter, only its second quarterly profit ever, Tesla must prove it can produce affordable vehicles in high volumes to establish its sustainable business model.

Musk, who publicly endorsed Hillary Clinton for president, appears unfazed by the potential of less-EV-friendly regulations.

Indeed, on Thursday Musk taunted GM for its modest production targets for the Bolt, saying, “A car like that should be aiming at shipping 300,000 to 500,000 per year.”

Unlike Tesla, GM’s profitability doesn’t depend on Chevy’s sales of Bolts or Volt. And it might even be more profitable as it sells more pickups and large SUVs, especially if the new administration relaxes the current regulations that require automakers to achieve a fleet average of about 42 miles per gallon in 2020 and 54.5 mpg by 2025.

“GM is using a similar approach to what they’ve done for 100 years. Tesla is following its own playbook,” said Stephanie Brinley, an industry analyst with IHS Automotive. “Tesla has been very interesting, but it hasn’t proven it can be profitable over the long term.”

Dan Sperling, founding director of the University of California Davis Institute for Transportation Studies, said the industry’s letter to the Trump transition team should not be interpreted as a plea to drop emission or fuel economy standards altogether.

These are global companies, and China and Europe are moving forward with their incentives for non-gas-burning vehicles. Whatever the Trump administration does, the rest of the world won’t abandon the Paris Agreement to reduce the global growth of carbon emissions.

“The industry has made a massive investment in electric vehicles,” Sperling said. “While some would prefer to slow it down, most companies are going to continue along that path.”