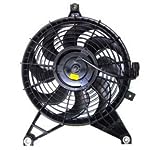 Say what you will about Tesla and SpaceX CEO Elon Musk, but there’s no question that he’s thinking much bigger than cars and rockets.

He showed that again this week when he renewed his call for a carbon tax during a speech in Paris to coincide with the UN Climate Summit.

If you’re a cynic, you might say Musk has been trying to create a new story for Wall Street, to counter some of the skepticism that’s emerged over Tesla’s financial prospects.

But that accusation misses his larger vision.

After all, when he became hyper-rich after eBay bought PayPal, he didn’t spend his millions to develop a social-media app. Rather, he bought into an electric-car company, declared that he wanted to send astronauts to Mars, and invested in solar power.

And he hasn’t been content to let Tesla simply build cars. Earlier this year, he revealed two new Tesla products: a “home” battery and a much bigger “utility scale” battery. A spinoff enterprise was created: Tesla Energy. Effectively, Tesla is offering customers the opportunity to buy, or lease, a Tesla battery without shelling out $100,000 for a Tesla vehicle.

With the carbon-tax proposal, his objective here is to accelerate the transition from a fossil-fuels energy economy to one powered by sustainable energy. The transition, in his view, is being slowed by the lack of taxes on carbon; effectively, this represents a subsidy on carbon and incentivizes the status quo, which is not helping to address global warming.

You can’t look at Musk’s companies as, well, companies. Tesla, SpaceX, and SolarCity (which is run by Musk’s cousins) taken together are really a system, and Musk is a systems engineer, or designer, or architect (take your pick).

To power Tesla’s cars, you need electricity that isn’t generated by fossil fuels. That’s where SolarCity comes in. Musk wants to capture the free energy of the sun.

And just in case it all goes to hell, the planet become uninhabitable, or an asteroid bears down on Earth, SpaceX is there to — as Musk puts it — make us “multiplanetary.” We could use Mars as a lifeboat.

Musk’s whole system runs on power gathered from the sun, and if you want to do that at any kind of scale, you need to store the energy. That’s where the batteries and Tesla Energy come in. Tesla wouldn’t be Tesla without its innovative, idiosyncratic battery design — thousands of laptop-style lithium-ion cells wired together. This design enabled Tesla to be the only electric-car maker selling a vehicle that delivered range on par with the gas-powered competition.

Over the years since Tesla’s founding and Musk’s arrival, the company has steadily improved its power-management capabilities. With that has come reduced cost. Until now, those savings went mainly to Tesla owners, who were paying $100,000 for a battery plus a car.

But now Tesla wants to put the battery at the center of a save-the-Earth system — making it affordable to acquire one and encouraging at least the beginnings of a major revolution in how customers store and use energy.

The point is that Musk has been thinking this way all along. It wasn’t as if he woke up a year ago and said, “Let’s do a better job of commercializing our batteries!” The batteries have been a driving force in the Tesla story for its entire history. REUTERS/James Glover IIConstruction of the Tesla Gigafactory outside Reno, Nevada.

In case you have any doubt about that, just look at the $5 billion battery factory — the Gigafactory — that Tesla and Panasonic are building in Nevada. Musk wants to be delivering 500,000 cars by 2020. But he’s going to need millions of li-ion battery cells to power them.

This is how big thinking works. So while creating batteries for the home and demanding a carbon tax might not be quite as sexy as pulling the cover off a hot new car, in the long run it could matter far more to life on Earth. At least if Musk is thinking big enough.