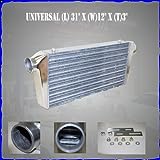 Authorities in the United Arab Emirates have arrested an Emirati woman in the stabbing death of an American teacher in a mall restroom and for plotting to bomb the home of an American doctor in Abu Dhabi, police and security officials said Thursday.

The suspect, who wasn’t identified, was described as a woman in her late 30s who targeted her victims solely on the basis of their nationality.

It was unclear whether the Monday attack in the upscale Boutik Mall on Reem Island was connected with warnings from the U.S. Embassy in Abu Dhabi that militant groups had appealed to their extremist followers to kill American educators working in the Middle East.

The UAE, a federation of seven oil-rich Persian Gulf statelets, has long been considered safe for foreign workers, who make up more than 80% of the 5.6 million population, including about 30,000 Americans. The expatriate community provides domestic and social services to the native Arabs, as well as professional and technical assistance in the oil industry.

“She aimed to create chaos, shake the security in the country and terrorize people in the UAE,” Interior Minister Saif bin Zayed al Nahyan told journalists Thursday. He said the suspect did not know either the woman she is accused of stabbing to death or the Egyptian American doctor targeted with a makeshift bomb.

“Today we are before a heinous crime the likes of which are unprecedented in our safe country,” Nahyan said at the news conference.

The victim was identified by police only by her initials, I.R., but local news media in the gulf region said she was Hungarian-born Ibolya Ryan. A mother of 11-year-old twins, she had been hired by a Canadian placement company to teach kindergarten and English as a second language in Abu Dhabi. Ryan had lived and worked in Denver before her overseas work in four countries, the Gulf News and other regional media reported.

News accounts said the children had been placed in protective custody until the victim’s ex-husband could arrive from overseas and take care of them.

The suspect’s motives were not immediately identified by the authorities. Gulf News reported that police sources had said the woman was unemployed and confessed to killing the teacher and planting the bomb.

A video produced by Abu Dhabi police from security camera video and released after the arrest late Wednesday showed the fully veiled suspect as she entered the mall Monday, took an elevator to the restroom level and grabbed a newspaper from a stand, apparently to mask the butcher knife under her garments. The woman was later shown towing a wheeled suitcase into the apartment building where the American doctor lived. Set to dramatic music, the video also shows the police raid on her home and her arrest.

“All information pertaining to the suspect was uncovered within the first 24 hours after the first crime. A picture of her was circulated among the team that would later ambush her home and arrest her,” Lt. Col. Khalid Shamsi, head of security, said at the news conference at police headquarters.

An hour and 20 minutes after the restroom stabbing, the suspect reportedly placed a homemade bomb outside the residence of the doctor, identified by police only as 46-year-old M.H. The device, which consisted of gas cylinders, a lighter, glue and nails, was discovered by the doctor’s son as he left the residence to attend evening prayers, the National online newspaper of the Emirates reported.

The woman, clad in an abaya, or cloak, the face veil known as niqab, a head scarf and gloves, had gone to the doctor’s home a few days before the bomb-planting Monday afternoon, apparently to confirm who was living there, the National newspaper said.

Police Col. Humaid Afreet, head of the explosives and weapons department, was quoted by the newspaper as saying that remnants of the bomb-making had been found at the suspect’s home.

The U.S. Embassy in Abu Dhabi issued a security message to U.S. citizens Oct. 29, warning of unspecified threats by Islamic militants to target Americans. The message advised Americans to avoid large crowds, identify safe refuges, tell co-workers and neighbors where they are going and to carry cellphones at all times. It was repeated after the suspect’s arrest Wednesday.

3:51 p.m.: This article has been updated throughout.

10:30 a.m.: This story has been updated throughout to add detail of the bomb-planting, the U.S. Embassy security warnings and further comments from Emirati authorities.

This story was originally published at 9:21 a.m.