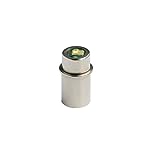 Volkswagen’s corporate offices announced that another line of its vehicles have illegal defeat device software designed to cheat regulatory tests, as the EPA’s emission probe widens.

The auto giant acknowledged that at least 85,000 cars equipped with 3.0 liter TDI V6 engines are tainted with technology that subverts emissions testing. The new probe, spearheaded by the Environmental Protection Agency and the California Air Resources Board, focuses on models from between 2009 and 2013 across the company’s various lines, including Porsche and Audi, reports Bloomberg. The latest revelation in the ongoing VW emission scandal comes as a surprise, because the company outright denied the original allegation from the EPA earlier in November.

“Volkswagen AG wishes to emphasize that no software has been installed in the 3.0-liter V6 diesel power units to alter emissions characteristics in a forbidden manner,” read the statement released November 2nd.

The company recently offered zero-down payment and zero-percent financing deals in the U.S. as it desperately attempts to build back consumer trust. Experts say that if Volkswagen does not get control of this situation soon however, they risk doing irreparable damage to their once respected name.

“VW has a cultural problem. It’s not just about individuals. It’s about structures that need to change,” Stefan Bratzel, director of the Center of Automotive Management at the University of Applied Sciences in Bergisch Gladbach, Germany told Bloomberg.

The emission scandal first broke in September when the EPA uncovered the use of defeat device technology on 11 million diesel powered Volkswagen vehicles. VW faced up to $18 billion in initial fines for rigging their diesel line with the technology. The EPA has since uncovered irregularities in carbon dioxide emissions in roughly 800,000 gasoline powered Volkswagen cars, broadening the scope of the investigation which started with a focus on just diesel vehicles.

The V6 TDI engine is employed in popular U.S. models such as the Porsche Cayenne and Volkswagen Touareg. It’s also the engine used in a number of Audi models including the A6, A7, A8, Q5, and Q7, reports Yahoo News. Volkswagen AG put stop sale orders on all the models possibly affected by the V6 TDI software following the company’s admission. Volkswagen shares tumbled downward with the new allegations and have now lost $19.6 billion in value since the scandal originally broke.

“The strategy of revealing only a little bit at a time is not what regulators want to see, and it’s unsettling for customers,” Holger Schmidt, a Frankfurt-based analyst with Equinet told Bloomberg. “At present, they still don’t seem to have the situation under control.”

Volkswagen made brief progress in their attempt to give the public answers, announcing on Friday that they submitted their proposed fixes to the line of tainted diesel powered vehicles to the California Air Resources Board. Regulators will have 20 days to review the fixes, which have yet to be publicly released, reports CBS Money Watch.

Volkswagen’s efforts to create the most efficient diesel technology is at the root of the scandal. Strict environmental regulations have been increasing the cost of production for the auto-industry, reports Automotive News. Engineers at Volkswagen determined that in order for their new diesel lines to meet U.S. emission standards, they would have to be equipped with additional technology. This would have added substantially to the vehicle’s commercial value which was not in the interests of company executives. The culture of cost cutting and the need to comply with environmental standards eventually lead to the employment of defeat devices, though which individuals at Volkswagen were involved remains a mystery.

Volkswagen is committed to fixing its tainted vehicle lines, saying in a statement Monday that they would continue to fully cooperate with authorities to uncover the extent of their emission deception. VW faces potential fines of $21 billion and with recalls and software fixes coming in the near future, the total cost to Volkswagen could exceed $38 billion.

Content created by The Daily Caller News Foundation is available without charge to any eligible news publisher that can provide a large audience. For licensing opportunities of our original content, please contact [email protected].