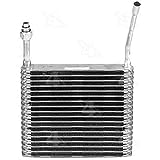 In ads, Volkswagen touted its popular Jetta and Beetle diesels as paragons of clean-fuel technology: Buyers were promised a car that was “clean, fuel efficient, and powerful,” according to one 2013 testimonial.

In reality, the claims were based in part on a clever ruse, U.S. officials alleged on Friday. For at least five years, Volkswagen officials illegally rigged their vehicles’ pollution-control systems so they would run cleanly only during emissions tests, while spewing higher levels of pollutants on the highway, the Environmental Protection Agency said.

The EPA joined California state officials in accusing the German automaker of deliberately circumventing air-pollution laws with the use of a software “defeat device” installed on nearly 500,000 Volkswagen and Audi diesel models sold in the United States  since 2008. If substantiated, the violation could lead to billions of dollars in penalties and repair costs, agency officials said.

“Volkswagen was concealing the facts from the EPA, from the state of California and consumers,” Cynthia Giles, assistant administrator for EPA’s Office of Enforcement and Compliance Assurance, said at a news conference announcing legal action against the company. “We expected better from VW.”

A notice of violation posted Friday said the rigged software was used in five diesel models, including several of the company’s best-sellers. An EPA statement hinted of a future recall, saying it was “incumbent on Volkswagen to initiate the process” to fix the affected cars’ emissions systems.

“Using a defeat device in cars to evade clean air standards is illegal and a threat to public health,” Giles said.

The alleged scheme employed a sophisticated algorithm, installed in the emissions-control modules, that could detect when a vehicle was undergoing emissions testing. The software, which the EPA called a “defeat device,” would turn on full emissions controls during testing and switch them off again under normal driving conditions.

As a result, the cars emitted far more pollution than advertised—up to 40 times the federal standard for NOx, a component in urban smog, the EPA said. NOx can contribute to asthmatic attacks and other respiratory illnesses that send millions of people to the hospital each year.

Agency officials said the problem was first detected last year by a group of West Virginia University researchers. The team was conducting tests of Volkswagen’s 2.0-liter diesel engine when it noticed variations in emissions levels. The results were shared with EPA and discussed in conversations with company officials, who acknowledged that a software change accounted for the varying emissions rates.

Investigators later found the software in diesel versions of Golfs, Jettas and Beetles and Audi A3s beginning with the model year 2009, and in Volkswagen Passats beginning with 2014 models, according to an agency fact sheet. Officials said no immediate action is required by car owners and that Volkswagen ultimately will be required to fix the problem.

Legally, the EPA could assess the company a $37,500 fine for each car that violated clear-air standards — which could total $18 billion. In all likelihood, though, the final penalties will be less than that amount.

“While the diesel vehicles do not meet air pollution standards, they continue to be safe and legal to drive,” said Janet McCabe, acting assistant administrator for the  Office of Air and Radiation. “We will hold VW responsible for recalling the affected vehicles…at no cost to consumers.”

The EPA has authority under the Clean Air Act to order a recall, though it could take up to a year for a formal notice to be issued, officials said.

“Our goal now is to ensure that the affected cars are brought into compliance,” said Richard Corey, executive officer of California’s Air Resources Board. He said federal and state agencies intended to “dig more deeply into the extent and implications of Volkswagen’s efforts to cheat on clean air rules and to take appropriate further action.”

The allegations prompted sharp criticism of Volkswagen from environmental and consumer protection groups.

“The charges here are truly appalling,” said Frank O’Donnell, director of Clean Air Watch. “It was cheating not just car buyers but the breathing public.”

Ellen Bloom, senior director of federal policy for Consumers Union, said the allegations, if confirmed, amounted to a “serious violation of the law.”

“Volkswagen was ripping off the consumer and hurting the environment at the same time,” she said.

Automakers have a long history of using defeat devices. In 1998, the EPA reached a $1 billion settlement with diesel-engine companies such as Caterpiller, Renault and Volvo for installing  equipment that defeated emission controls. It was, at the time, the largest U.S. civil penalty for violating environmental law. The EPA said the firms installed the devices in an estimated 1.3 million engines in tractor trailers and large pick-ups.

That same year, Honda and Ford settled EPA cases also accusing them of using defeat devices. With Ford, the problem was found in 60,000 Econoline vans, allowing for excessive pollution at highway speeds. Honda was found to have disabled the misfire monitoring device on 1.6 million cars, depriving emission control inspectors of that information.