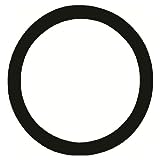 In Europe, a new policy could accelerate the transition to electric cars by making charging more convenient. Jozwicka: “To widely accept the use of plug-in electric vehicles, consumers need to have access to charging stations and for most drivers – it starts with charging at home.”

That’s Magdalena Jozwicka of the European Environment Agency. She contributed to a report on the benefits and challenges of a large-scale roll-out of electric vehicles in Europe.

She says for people living in apartments, access to charging is a barrier to owning an electric vehicle. To make it easier, the European Union is considering a new policy.

Jozwicka: “This proposal requires installation of recharging points in buildings with more than ten parking spaces.”

A decision should be made later this year. If passed, the ruling would apply to new and renovated residential buildings. Jozwicka says the proposal is an important step.

Jozwicka: “It sends a very good signal to the public, to the city planners, business, and innovators. It sends a good signal and shows that electric vehicles are taken seriously.”