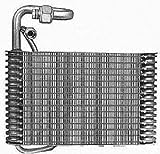 LAUSANNE, Switzerland (Reuters) – Six world powers are unlikely to reach a framework agreement with Iran on its nuclear work in the coming days as the sides are still far apart on key issues, a senior European negotiator said on Thursday, blaming Tehran for failing to compromise.

“Contrary to what the Iranians are saying with regard to 90 percent of an accord being done, that’s not correct,” the negotiator told reporters on condition of anonymity. “We are not close to an agreement.”

Iran and six world powers are seeking a comprehensive agreement to curb Iran’s most sensitive nuclear activities for at least 10 years in exchange for a gradual end to sanctions. The powers aim to complete the framework of a final deal by the end of March and reach a full agreement by June 30.

A senior U.S. State Department official on Thursday denied reports there was a draft nuclear deal in circulation among six world powers and Iran. An Iranian official echoed the denial. Several Western officials had privately spoken of a document with brackets highlighting areas of disagreement.

One major stumbling block is that Iran is pressing world powers to agree to start easing some restrictions on its atomic programme earlier than Western countries are willing to accept, Western and Iranian officials said.

The current round of talks Switzerland may need to continue beyond Friday, the State Department official said.

“We are pretty far away. There are a lot of issues that still need to be resolved. The Iranians must make substantial concessions,” the European negotiator said.

“We’re pushing some tough issues but we made progress,” Kerry told reporters, adding that it was unclear when the U.S. delegation would return to Washington.

In Washington, a senior Treasury official said the Obama administration would work with Congress to impose further sanctions on Iran if a nuclear deal is not reached.

U.S. lawmakers have been concerned the White House would cut Congress out of any deal, and would treat Iran too lightly.

Despite the gaps between the two sides in Lausanne, there have, however, been some areas of rough agreement. One of the central issues under discussion from the beginning was the number of centrifuges Iran would be permitted to operate. Western officials have said that number of would likely be around 6,000 if an agreement is reached.

Iranian Atomic Energy Organisation chief Ali Akbar Salehi, who is close to Iran’s Supreme Leader, said on Tuesday that an accord was 90 percent agreed with only one issue unresolved.

Highlighting tensions after five days of talks, Salehi and Foreign Minister Mohamad Javad Zarif were captured by a Reuters photographer in a heated argument on the lawns of the luxury hotel overlooking the French Alps.

Iranian Deputy Foreign Minister Hamid Baidinejad confirmed that there were a number of sticking points.

“Contrary to what many think, that we are only discussing one issue, it is not correct,” he told reporters. “We are discussing many issues and nothing is agreed until everything is agreed.”

He cited research and development into centrifuges as a sticking point.

“We are still discussing R&D along with other issues, technical and political issues,” he said.

U.S. and European officials worry that Iranian research into more advanced centrifuges, the machines that purify uranium for use as fuel for reactors or, if very highly enriched, in bombs, could give it the capability to quickly produce an atomic arsenal. Tehran denies harbouring any such ambitions.

The European negotiator said that if Iran does not give in on this issue, there will be no nuclear deal at all.

“Research and development currently has become the most critical and difficult issue, and there won’t be an accord if the Iranians don’t back down,” he said.

Western officials said the duration of a deal was also an unresolved point.

President Barack Obama told Reuters in an interview this month that Iran would have to accept limits on its nuclear activities for at least 10 years under any deal.

France is pushing for at least 15 years for the agreement, followed by a 10-year period of intense monitoring by the U.N. International Atomic Energy Agency the European negotiator said.

Western officials said the United States was also pushing for restrictions on sensitive nuclear work by Tehran to be in place for more than a decade.

“It is like Netanyahu is sitting in the room and not French delegation,” he said in a reference to Paris’ opposition to an initial interim agreement in Nov. 2013.

Another major stumbling block is Iran’s demand that all U.N. Security Council sanctions, including those targeting its nuclear programme, be lifted immediately.

“They insist they have to go immediately. No way. It is out of the question,” said the negotiator.

The United States has been calling for a written political agreement to be signed by the end of March. But Iran has rejected the idea of a written interim deal before a final deal by June 30.

Baidinejad said that if there was a framework agreement this month, it would not be in writing.

“There will be no written agreement,” he said. “It will be kind of verbal agreement that will pave the ground for further talks.”