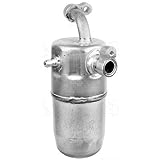 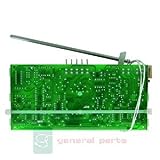 A rolling release of local Markit purchasing managers’ indices for May culminated with early eurozone figures, in which the composite and manufacturing indices both fell short of analysts’ expectations, and slipped, rather than rose, from the month before. Markit said the data “reinforced the picture of subdued growth of eurozone economic activity.”

Analysts at Deutsche Bank, meanwhile, said weak global growth, the likelihood of a Fed rate rise, a China slowdown and a precarious U.S. high-yield bond market had undermined the upside for European stocks.

The Athens composite index was up 0.53% at 642.90. The Greek parliament on Sunday cleared budget cuts and tax rises before eurozone leaders on Tuesday meet to discuss the release of bailout funds.

Fiat Chrysler was down almost 4% in Milan after a German newspaper claimed that the German Federal Motor Vehicle Office had shared suspicions that the car maker had cheated in emissions tests with European Commission and Italian authorities. If true the Agnelli family-backed car maker would join a long line of peers, including Volkswagen (VLKAY) in Germany and Mitsubishi Motors  (MMTOF) in Japan. Fiat Chrysler had made no public statement about the Bild-am-Sonntag report as of mid-morning in Europe.

Pharmaceuticals and chemicals maker Bayer (BAYRY) slumped almost 3% in Frankfurt after unveiling a $62 billion, unsolicited takeover proposal for Monsanto (MON) and revealing it planned to fund part of the purchase price through a rights issue.

Also in Amsterdam insurer Aegon (AEG) initially fell sharply after transferring its remaining 3 billion ($4.4 billion) of U.K. annuity liabilities to Legal & General, whose stock was up 0.9% in London. Aegon had recently pared initial losses and was trading down less than 1%.