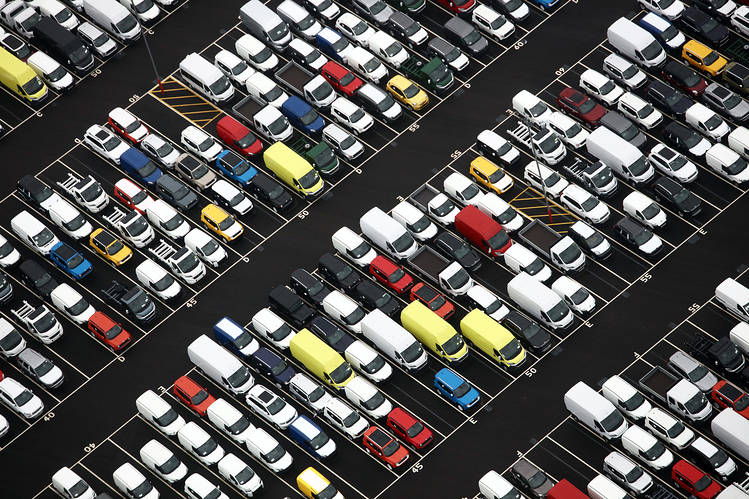 New car sales in the European Union rose 14% in February, helped in part by the extra sales day afforded by the leap year, though auto executives have cautioned that full-year growth will be more modest even as volumes head back toward precrisis levels.

While last month’s 14% advance builds on growth of almost 10% in 2015, the EU is still well below its yearly high reached in 2007. At the same time, sales hit new records in the world’s two largest car markets, China and the U.S., last year and have continued to grow this year though at more restrained rates.

Italy, with sales up 27%, led double-digit gains in Europe’s biggest auto markets, including France, Germany and Spain, though growth in the U.K. was a relatively modest 8.4% compared with February last year. Every country except the Netherlands and Greece recorded gains.

Italy’s surge comes as the country closed out last year still 40% below the 2007 level as the financial crisis curtailed consumer spending across southern Europe and has been slow to come back. Spain has 60% to make up and France about 7% of demand lost since. Combined, the three countries closed 2015 with 2 million in vehicle sales less than their precrisis highs with Italy alone accounting for half of that.

Despite the European market’s robust showing in February and 10% growth through the first two months of the year, most auto executives are forecasting a more modest advance of about 2% to 3% for the entire year. Even after gains the past two years, volumes of new cars registered in Europe closed 2015 12% below the peak reached in 2007, before the financial crisis played havoc with car manufacturers and other industries on the continent.

“In 2016, we foresee a 3% increase in the car market but we must not forget that the crisis caused a loss of 3 million [in car sales],” Alfredo Altavilla, Fiat Chrysler Automobiles NV’s Chief Operating Officer for Europe, the Middle East and Africa, said by email.

Some analysts are even more cautious. IHS Automotive predicts sales will grow only 1.5% this year in Western Europe, which accounts for about 90% of the EU’s total volume. Even at the more optimistic 3% forecast by most executives it would still take another five years for Europe to reach its precrisis levels.

New car registrations, a proxy for sales, rose to 1.06 million vehicles in the EU in February from 924,534 vehicles in the same month last year, according to data released by the European Automobile Manufacturers’ Association, or ACEA. It was the bloc’s best February for sales since 2008.

“There is no reason for Europe not to come back to where it was before [the crisis], but it is going to take more time,” Carlos Ghosn, Chief Executive of France’s Renault SA, said earlier this year. “The market in Europe went down more slowly than in the U.S. and has recovered more slowly.”

Ford Motor Co. and General Motors Co.’s German unit Opel had a good February, with registrations up 19% and 18% to outperform their leading rivals other than Fiat Chrysler and Daimler AG
DDAIY


, the maker of Mercedes-Benz cars.


, which is reeling from the impact of its emissions-cheating crisis, underperformed both the region as a whole and its home market.


and Skoda brands, but continued to lose market share as rival volume manufacturers such as Ford, GM, Fiat Chrysler and Renault benefit from the VW brand’s tarnished image.

VW, which accounts for about half of Volkswagen’s total sales, again underperformed the European market, with its market share slipping to 11.4% in February from 12.4% in the same month last year. The German auto maker’s overall market share was 23.9%, a drop of almost 1.5 percentage points.

But some analysts had feared worse. “The declines seen so far are much less severe than we and many others had forecast,” said analysts at research from Evercore ISI.