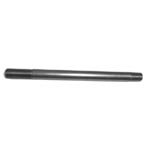 WASHINGTON — Former Florida Gov. Jeb Bush on Tuesday announced he will “actively explore” a 2016 presidential run, and I have learned that Bush plans to hit Chicago on Friday to meet with major Illinois GOP donors and fundraisers.

The main Bush event in Chicago is a breakfast with a small number of folks who have known him or his family, which includes, as we all know, two former presidents.

Though the political purpose of the Jeb Bush breakfast in Chicago was not explicitly stated to the invitees, with his Tuesday declaration of interest in 2016, there is an agenda.

Bush said in a Tuesday Facebook post that he will establish a political action committee in January to “help me facilitate conversations with citizens across America to discuss the most critical challenges facing our exceptional nation.”

“The PAC’s purpose will be to support leaders, ideas and policies that will expand opportunity and prosperity for all Americans. In the coming months, I hope to visit with many of you and have a conversation about restoring the promise of America.”

Bush has many friends in the mainstream Illinois Republican establishment — but so do New Jersey Gov. Chris Christie and former 2012 GOP presidential nominee Mitt Romney. The three share the same high-end donor base in Illinois and are all also considering 2016 primary bids.

“I think [Bush] represents our best opportunity to win back the White House,” Ray LaHood, the former Illinois congressman and transportation secretary, told me.