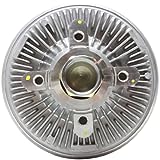 The Federal Reserve on Wednesday set the stage for its first interest rate hike since 2006 – possibly as soon as its June meeting – signaling its confidence the U.S. economy.

Yet the Fed slightly downgraded its economic outlook, saying that growth “has moderated somewhat.” It said it will raise its benchmark short-term rate, now near zero, only when the labor market improves further and inflation prospects pick up from the current meager pace.

In a statement after a two-day meeting, the Fed’s policymaking committee dropped a pledge to “be patient” as it considers raising the fed funds rate. Instead, the Fed said it will increase the rate “when it has seen further improvement in the labor market and is reasonably confident that inflation will move back to its 2% objective over the medium term.”

A rise in the funds rate would ripple across the economy, pushing up rates for everything from mortgages and car loans to corporate bonds and personal savings accounts.

Although job growth has been strong, the Fed is hesitant to raise rates with inflation and wage growth persistently weak but policymakers have said they expect price increases to drift toward the Fed’s goal as oil prices rise.

Fed policymakers lowered their median interest rate forecast for the end of 2015 to 0.625% from 0.875%. That suggests rates may be more likely to rise in September than June, which was the timeframe the officials had indicated late last year. The Fed expects the rate to be just under 2% by the end of 2016.

Policymakers also reduced their forecasts for economic growth this year to 2.3% to 2.7% from 2.6% to 3% in their December projection. Harsh winter weather has hampered economic activity in the current quarter. They now expect growth of about 2.5% in 2016, down from 2.7%.

With low oil prices and a strong dollar keeping a lid on price increases broadly, Fed policymakers estimate annual inflation will be just 0.6% to 0.8% this year, vs. their previous forecast of 1% to 1.6%. They lowered their forecast for 2016 just slightly to 1.7% to 1.9%.

Based on Fed guidance, the widely expected wording change opens the door to a rate increase in as soon two meetings, or in June at the earliest.

But Fed Chair Janet Yellen has indicated the move could come later and will depend on economic developments.

Fed policymakers are struggling to respond to the unusual crosscurrents of a surging labor market and anemic inflation. The economy added more than 3 million jobs in 2014 and 295,000 last month, pushing down the unemployment rate to a near-normal 5.5% from 10% in 2009.

Falling unemployment typically drives up wages and prices as employers compete for fewer workers. But low oil prices and a strong dollar that makes imports cheap for US consumers have held inflation well below the Fed’s target, with its preferred measure at just 0.2% in January. That leaves the economy vulnerable to tremors that could nudge it into deflation, or falling wages and prices that can portend a recession.

Yellen has said she believes the meager inflation is “transitory,” with oil and gasoline prices expected to rise this year and the dollar likely to appreciate more slowly in coming months. Still, Goldman Sachs expects “core” inflation, which excludes food and energy costs, to fall further by mid-year, delaying a rate increase until September.

And while many economists expect average wage growth to pick up this year from its sluggish 2% pace, it’s unclear how quickly that will happen. Businesses can still draw from an ample supply of discouraged workers who have stopped looking for jobs and part-timers who prefer full-time positions, allowing them to raise pay cautiously.