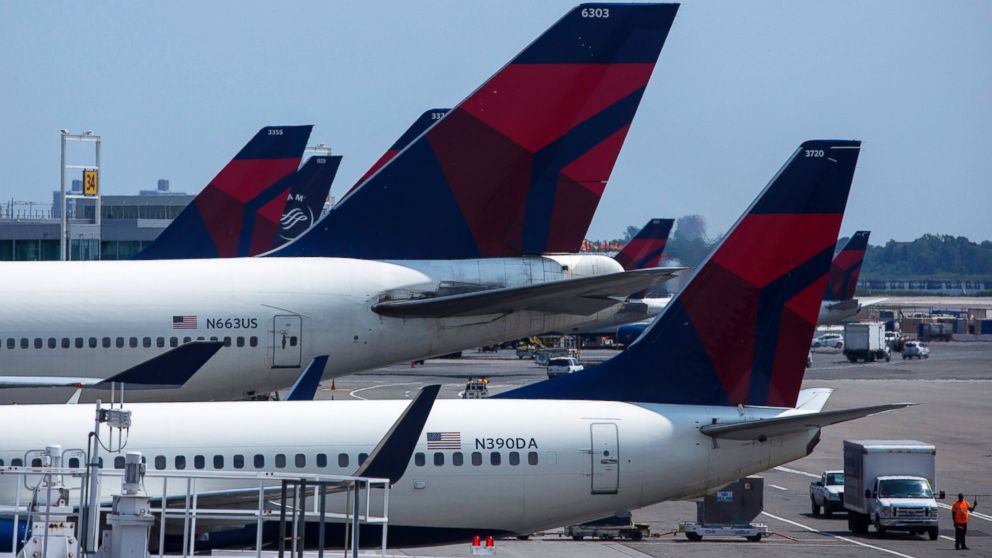 Four men have been charged in an alleged gun-running operation in which weapons were smuggled from Atlanta to New York in a passenger’s carry on luggage on board passenger jets, federal officials said today.

According to an arrest warrant filed in U.S. District Court in the Northern District of Georgia, Eugene Harvey, a ramp agent/baggage handler for Delta Airlines, was charged with gun-trafficking and entering an airport in violation of security requirements.

Another man, Mark Quentin Henry, was arrested in New York on Dec. 10, after an investigation by the NYPD. At the time of his arrest, Henry allegedly had 18 handguns of various makes and models, seven of which were loaded, in a black Oakley backpack, projectors said in court papers.

Henry allegedly told investigators that he had flown from Atlanta to New York with the 18 firearms and ammunition in his carry-on bag.

“At the time of his arrest, Henry was in possession of a Delta Air Lines boarding pass for Delta flight 2352, traveling from Hartsfield-Jackson to New York’s John F. Kennedy International Airport,” according to the affidavit.

Airline records confirm that Henry boarded this flight, and was flying using the “Buddy Pass” privileges of his mother, a retired gate agent for Delta Air Lines, the affidavit says.

By going through Henry’s cell phone, investigators were led to Harvey, who works at the Baggage Transfer Room in Concourse B at Atlanta. Harvey allegedly got the guns through security at various times. The documents noted that as a Delta employee he had access to secure areas not subject to TSA screening.

An official told ABC News that Harvey has been suspended and is facing termination.

In a statement tonight, Delta said: “Delta is cooperating with authorities in this investigation. We take seriously any activity that fails to uphold our strict commitment to the safety and security of our customers and employees.”

New York investigators alleged in the court papers that Henry supplied 129 handguns and two assault rifles to an undercover officer.

Two other men whose identities have not yet been released have been charged in Brooklyn, officials said.

The Brooklyn District Attorney had no comment on the case tonight, but announced a news conference on the arrests for Tuesday.