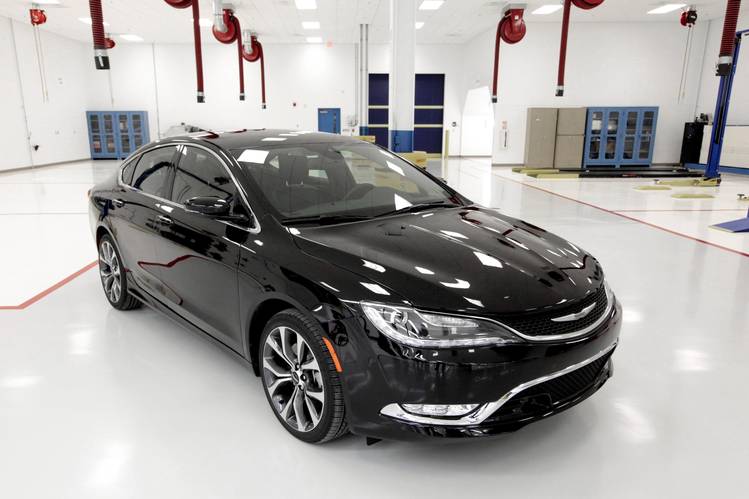 Fiat Chrysler Automobiles NV brands were ranked at the bottom of an influential quality survey released on Wednesday, the latest sign that the Italian-U.S. auto maker is struggling to keep up with mainstream rivals at home and abroad.


, meanwhile, have caught up with Japanese auto makers that once solidly outpaced Detroit.

Three Fiat Chrysler brands—Chrysler, Jeep and Fiat—were among the bottom five in its survey, which J.D. Power blamed on a range of “defect malfunctions.” The firm’s initial quality expert, Renee Stephens, said Chrysler’s relatively new 200 sedan, for instance, has a nine-speed transmission that attracted several complaints, and many Fiat Chrysler products suffer from routine problems that could be addressed before leaving the assembly plant, including unsatisfactory paint jobs or the way parts fit together.

The study, performed earlier this year, asked 84,000 new vehicle buyers to report things gone wrong over the first three months of ownership. There are more than 200 potential defects on J.D. Power’s list including a range of technology glitches, and the average score for a brand in 2015 was 112 defects per 100 vehicles, an improvement over 2014. While not the only industry quality study, the IQS has long been considered the most influential.

Fiat, Chrysler and Jeep all scored above 140 problems per 100, sharply more than the 86 reported for Kia and 95 for Hyundai. Most mainstream brands, including Ford, Chevrolet, Toyota and Honda, scored above average this year, although Ms. Stephens said the Japanese are slipping after years of dominance. Porsche AG
POAHY


, the German sports car maker, is the best performer overall with 80 problems per 100.

Fiat Chrysler hasn’t fared well on the study in recent years, and the company noted in a statement that it notched some improvements compared with the prior year. The latest scores come at a time when Chief Executive Sergio Marchionne is looking for a buyer for the company, which has been routinely criticized by industry analysts and competitors for underinvesting in its product portfolio.

Fiat Chrysler sales in the U.S. have grown in the six years since Chrysler was in bankruptcy and Mr. Marchionne first started combining the No.3 U.S. auto maker with Fiat, which he had been running for several years. Despite dozens of consecutive months of sales gains, Mr. Marchionne says his company has less-than-stellar margins, and the wider industry needs to consolidate if it hopes to thrive in the future.

Fiat Chrysler holds about 12.5% U.S. market share through May, compared with Hyundai and Kia’s combined 9%. Once small players in the U.S. auto industry, Hyundai and Kia have charted a slow and steady growth path over a 15-year period during which a bevy of new products have appeared and North American production capacity has been installed.

Ms. Stephens noted an important highlight of the study being that GM, Ford and the Japanese are all about equal in initial quality, a sign that the billions of dollars spent by the two biggest U.S. auto makers’ on improving products has paid off. Still, she said the “big story” is the emergence of Kia and Hyundai cars, crossovers and minivans as stars of a survey that South Korean auto makers long struggled in.

This marks the second straight year Hyundai has been a top performer. Ms. Stephens cited newly launched products and a focus on technology as reasons Hyundai and Kia are leading other brands.

“This is a clear shift in the quality landscape,” Ms. Stephens said. “For so long, Japanese brands have been viewed by many as the gold standard in vehicle quality. While the Japanese auto makers continue to make improvements, we’re seeing other brands, most notably Korean makes, really accelerating the rate of improvement.”