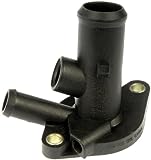 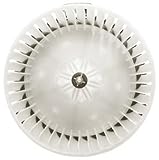 AMSTERDAM Fiat Chrysler Chief Executive Sergio Marchionne rowed back on his search for a merger on Friday, saying the car maker was not in a position to seek deals for now and would focus instead on following its business plan.

Marchionne had repeatedly called for mergers in the car industry and a tie-up has long been seen as the ultimate aim of his relaunch of Fiat Chrysler, which he is due to leave in early 2019 after 15 years at the helm.

He sought a merger with General Motors two years ago but was rebuffed. Only last month he said Volkswagen – the market leader in Europe – may agree to discuss a tie-up with FCA in reaction to rival PSA Group’s acquisition of Opel.

Marchionne told the annual general meeting in Amsterdam he still saw the need for car companies to merge to better shoulder the large investments needed, but said Fiat Chrysler was not talking to Volkswagen.

“On the Volkswagen issue, on the question if there are ongoing discussions, the answer is no,” he said. He added, without elaborating, that Fiat Chrysler was not at a stage where it could discuss any alliances.

“The primary focus is the execution of the plan,” he said.

FCA has pledged to swing to a 5 billion euro net cash position by 2018, from net debt of 4.6 billion euros at the end of 2016 – an achievement that Marchionne has said would put it in a better position to strike a deal in the future.

Volkswagen, which is still reeling from an emissions scandal that hurt its profits, initially spurned FCA’s approach.

However, CEO Matthias Mueller said last month the group had become more open on the issue of tie-ups and invited Marchionne to speak to him directly rather than with the press.

Fiat Chrysler Chairman John Elkann underlined the message that finding a merger partner was not a priority.

“I’m not interested in a big merger deal,” he said. “Historically, deals are struck at times of difficulty … we don’t want to be in trouble.”

Elkann is the scion of Fiat’s founder and top shareholder the Agnelli family. He has said in the past he was prepared to have the Agnelli’s stake severely diluted in exchange for a minority holding in a larger auto group.

“I believe the priority for FCA is to press ahead with this ambitious (business) plan despite the difficult environment,” he said.

FCA pledged in January to nearly halve net debt this year, as part of the 2018 plan. Doubts remain about its exposure to a peaking U.S. market, weakening pricing there, recall costs and potential fines over emissions.