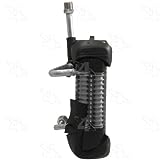 November new vehicles sales in the U.S. may hit a record for the month, driven by continued demand, low gasoline prices and several month-long Black Friday specials that drew consumers into showrooms. The industry also appears on pace to possibly eclipse a sales record for the full year, analysts say. The record is 17.4 million sales in 2000.

“Despite having two less selling days this November, FCA US still recorded its best November sales since 2000 and our 68th-consecutive month of year-over-year sales increases,” Reid Bigland, head of U.S. sales for Fiat Chrysler, said in a statement. “The favorable I.O.U. environment of low interest rates, oil prices, and unemployment, coupled with our strongest product lineup ever, continues to be a significant driver of FCA sales.”

“We saw strong customer demand for our cars and SUVs with the latest technology and sold a very rich mix in November,” Mark LaNeve, Ford vice president, of U.S. marketing, sales and service, said in a statement.

GM said its U.S. sales rose 1.5 percent to 229,296, led by its Chevy brand and sales of crossovers and trucks. Retail sales rose 4 percent, while sales to fleet companies were down 9 percent from November 2014 as part of GM’s overall plan to reduce sales to rental car companies.

“We believe U.S. auto sales will continue to grow in 2016, based on the underlying strength of the economy, and we expect customers will continue to embrace crossovers and SUVs because they are meeting their fundamental needs for utility, comfort and fuel efficiency,” said Mustafa Mohatarem, GM’s chief economist, in a statement.

Hyundai Motor America also reported its November sales were its best ever, with more than 60,000 sales, up 11.8 percent year-over-year. Toyota Motor Corp. said its sales increased 3.4 percent, while Kia Motors America said its November sales of 45,553 were the best it has posted and rose 1.4 percent from November 2014.

“The auto industry is on-track to exceed 2015 expectations,” Bill Fay, group vice president and general manager for the company’s Toyota Division, said in a statement.

Volkswagen of America Inc., which is dealing with a diesel emissions scandal, reported its November sales fell 24.7 percent to 23,882. The company said its sales have been hurt by the stop-sale of 2-liter, four-cylinder TDI vehicles and 3-liter V-6 diesels.

Edmunds.com expects November’s sales to reach 1.33 million, up 2.5 percent from a year ago. The forecasting firm said sales at that level would break a record for the month of November, when 1.32 million vehicles were sold in November 2001.

November used to be known as a slow sales month, one of the third-worst for the year, Edmunds.com says. But as car dealers have followed the retail industry with Black Friday specials, car sales in November have increased, according to the car shopping website.

TrueCar expects November sales will hit more than 1.35 million, an increase of 3.9 percent. It also expects the industry to have record volume for the month.

GM ran Black Friday promotions for Buick, Chevrolet and GMC, advertising savings of as much as 20 percent off. Fiat Chrysler’s Chrysler, Dodge, Jeep and Ram brands also had Black Friday deals including zero percent interest loans for up to 75 months and Hyundai offered customer cash.

Ford on Tuesday began a new “Holiday Sales Event” that includes 0 percent financing for 60 months and $1,000 cash back on select models. The new campaign replaces its “Friends and Neighbors” event, which it canned a month early after it failed to resonate with customers.

LaNeve said the Friends and Neighbors campaign helped sell higher-priced vehicles, but the company wanted more balance on its incentive offerings across its lineup, including low interest financing in a “very critical month in December.”

Not all forecasters are predicting sales gains in November, however. Kelley Blue Book predicted November sales will be flat year-over-year at about 1.3 million sales, primarily because there are two fewer selling days. J.D. Power and LMC Automotive expect November sales to decline by 1.5 percent because of fewer selling days and just four selling weekends in the month, the first time that’s happened since 2012.

Industry forecasters, however, expect the strong pace of November sales will help the industry in 2015 break the 2000 year record when carmakers sold 17.4 million vehicles. In mid-November, LMC Automotive boosted its 2015 full-year U.S. new vehicle sales forecast to 17.5 million from 17.3 million.