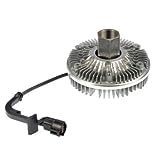 Fiat Chrysler Automobiles NV is no longer a “conviction” buy at Goldman Sachs Group Inc. because of the economic uncertainty in Europe created by the Brexit vote.

Lower economic growth in Europe resulting from the U.K. withdrawal from the European Union could weigh on passenger car and truck sales in the next few years, analysts at Goldman Sachs said.

Fiat Chrysler said Friday the Brexit vote wouldn’t have a significant impact on the company and its U.K. tax residency. The automaker doesn’t plan to make governance changes in the wake of the U.K. vote.

Goldman removed Fiat Chrysler from its conviction list, but left the “buy” rating on the stock.