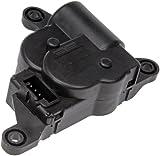 Fiat Chrysler Automobiles NV, lacking a potential deal to combine with another carmaker anytime soon, will push ahead with separating from its components business, CEO Sergio Marchionne said.

Marchionne, who has actively sought a partner for Fiat Chrysler in the past, cooled speculation of a pending deal to tie up with a competitor, saying he hadn’t received any approach or offer for the Italian-American automaker. He also said that the upscale Alfa Romeo and Maserati brands aren’t ready to be independent. That puts the near-term focus on smaller portfolio adjustments.

“There are some activities at the component businesses which don’t belong,” Marchionne told Bloomberg News on Saturday in Monza, Italy. “The group must be purified from those assets.”

Marchionne, 65, is preparing his final five-year business plan before he leaves Fiat Chrysler in the first half of 2019. He acknowledged that deeper changes might be coming when he said in July that the carmaker will evaluate whether to spin off some businesses. The company is pushing to eliminate 4.2 billion euros ($5 billion) in debt by the end of next year as part of plans to make at least 4.7 billion euros of adjusted net income.

Spinning off the components operation could reduce Fiat Chrysler’s net debt by 38 percent, even as it reduces adjusted operating profit by 8 percent, “further strengthening the company’s financial-risk profile,” Joel Levington, a senior credit analyst at Bloomberg Intelligence, wrote in a report Sunday.

Marchionne didn’t exclude Fiat Chrysler eventually starting talks on a tie-up before he leaves the helm. “It is difficult to make forecasts for the next two years,” he said. “What is important is our 2018 plan, and results are coming.”

The CEO has long been a vocal proponent of carmakers’ consolidation, arguing that the industry wastes money by developing multiple versions of the same technology. Those pressures have only intensified as countries such as the U.K. and France set deadlines to eliminate combustion engines, while self-driving technologies and ride-hailing services threaten to upend auto manufacturers’ traditional business model.

Fiat Chrysler has been considering options including separating components operations, which include Magneti Marelli SpA, as well as its upscale Maserati and Alfa Romeo vehicle brands, people familiar with the discussions told Bloomberg last month. The luxury-car operations could be worth as much as 7 billion euros, while Magneti Marelli and other parts businesses are valued at up to 5 billion euros, analysts estimate.

Marchionne, who is also CEO of former Fiat Chrysler sports-car division Ferrari NV, was in Monza to attending the Formula One qualifying race for the Italian Grand Prix.

Alfa and Maserati are “too immature” to be separated from Fiat Chrysler, he said. “When they will have enough muscles and make enough cash by themselves,” those brands could eventually become a stand-alone company.

“I understand very well the concept to separate premium brands from the mass-car unit, but we are not in the conditions to do it now” with Alfa and Maserati, he said. “If there is this option, it would eventually be done after I am gone.”

The Italian CEO, who grew up in Canada, said the auto-parts separation would “ideally” be completed by the start of Fiat Chrysler’s new five-year plan in 2019. The board will start discussing the matter at its next meeting in September, he added.

Great Wall Motor Co., China’s biggest maker of sport utility vehicles, expressed interest in Fiat Chrysler last month, especially the Jeep SUV brand. Both manufacturers later said there had been no approach, and Great Wall said there were “big uncertainties” whether it would pursue the idea any further.

“While we never believed a partial, or total, sale to a Chinese company would have worked, we still believe the spinoff of Alfa-Maserati has chances to happen during the next business plan horizon,” Massimo Vecchio, an analyst at Mediobanca, wrote in a report to clients.