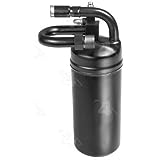 Fiat Chrysler Automobiles is going to shift much of its car production to Mexico while producing more profitable pickups and crossovers in the U.S.

The plant shuffle will sees at least three key new cars and SUVs moving to Mexico while production of popular pickups and crossovers is increased in the U.S. The plans come to light as the automaker’s main union, the United Auto Workers, prepares to vote on a new contract.

While the U.S. commitment is large, a massive shell game of moving at least a half-dozen cars and trucks from the plants where they are currently made to new locations runs the risk of being disruptive for employees represented by the United Auto Workers and will raise new questions just as 39,000 workers are preparing to vote on the agreement, which was reached Tuesday.

As part of the move, the UAW says it plans to invest $5.3 billion in its U.S. plants over the next four years as part of its new tentative agreement with the union.

The planned investment would help the UAW secure thousands of jobs. The $5.3 billion includes $3.4 billion invested in assembly plants, $1.5 billion at engine and transmission plants, $315 million at stamping plants and $34 million at Mopar parts distribution plants.

Dave Sullivan, analyst with AutoPacific, said the moves may sound disruptive but it is a wise strategic move.

“The shell game of moving products around is a good solution to minimize downtime and keep production going, especially for high-profit, important big volume vehicles like pickup trucks,” Sullivan said.

The plan is to move assembly of the Chrysler 200 mid-size car, currently built in Sterling Heights, to a plant in Mexico plant, according to a person familiar with the plan. The automaker also plans to move production of the Dodge Dart compact car, currently made in Belvidere, Ill., to Mexico.

The Belvidere plant also currently makes the Jeep Compass and Jeep Patriot. But those vehicles will be phased out in the next year according to the automaker’s five-year plan. A Jeep crossover to replace the two utility vehicles will also be made in Mexico, the person said.

The Chrysler 200 and the Dart will be built at the plant in Toluca, Mexico, according to Automotive News, which was first to report the automaker’s bold product redistribution plan earlier today.

“Moving cars to Mexico makes sense,” said Haig Stoddard, industry analyst for WardsAuto. “It makes sense to build less profitable vehicles in Mexico and more profitable ones in the U.S. With the trend to consumers buying crossovers, demand for the 200 and the Dart will be flat at best going forward.”

Mexico getting auto investment, U.S. holding its own; Canada losing

Ram pickup to be built in Sterling Heights