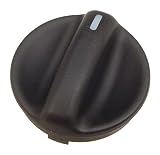 There’s a new divide among Europe’s carmakers and, for once, it’s not the Germans with their noses in front. Since 2014, shares in Fiat Chrysler Automobiles NV and Peugeot SA have done much better than those of Daimler AG and BMW AG.

Some of the excitement comes from the French and Italians’ improving cash generation. However, investors need to keep in mind where a chunk of that cash comes from. Both Fiat and Peugeot have a large negative working capital position. In plain English, this means they carry comparatively little inventory and recoup money from selling a car long before they pay suppliers.

By freeing up working capital, they can use more cash to fund growth. It’s almost like suppliers are providing free short-term finance, Berenberg analysts note.

Even better, that cash float tends to get bigger as sales expand. Fiat’s negative working capital position reached 8.1 billion euros ($9.7 billion) at the end of December, according to Max Warburton at Bernstein Research. Its market capitalization is just 21 billion euros.

Under CEO Carlos Tavares, Peugeot has got much better at managing working capital. He wants to repeat the trick at Opel, which Peugeot bought this year from General Motors Co.

You could argue that this is just running a business more efficiently. If cash is locked up in working capital, it’s not available to build factories or to return to shareholders. Amazon.com Inc. has negative working capital too. Because Jeff Bezos pays suppliers much later than when he gets the money for selling books and other stuff, Amazon hasn’t had to tap equity investors for more cash.

While German companies tend to manage their trade payables (the bills from their suppliers) fairly conservatively, Peugeot’s Tavares could teach VW plenty about controlling inventory.

There’s a catch, though: Negative working capital is risky in a cyclical industry like autos. When sales drop suddenly, the cash effect reverses. “If our vehicle shipments decline we will suffer a significant negative impact on cash flow and liquidity as we continue to pay suppliers during a period in which we receive reduced proceeds from vehicle shipments,” Fiat’s annual report notes. Put more simply, it will still have all those old bills to pay but less cash coming in the door.

“When it unwinds, it’s ugly,” as Fiat boss Sergio Marchionne said during a now famous 2015 presentation on the industry’s ills.

He has a point. In 2008, the big three U.S. carmakers suffered a $50 billion cash drain.  General Motors said recently that if car sales fell 25 percent, as happened in previous downturns, it would experience a $5 billion free cash flow burn, due in part to working capital effects.

That’s one reason why the industry giants tend to hold substantial cash buffers. The exception is Fiat, which had 4.2 billion euros of net industrial debt at the end of June. So it’s troubling that some analysts estimate that its free cash outflows could be more than 5 billion euros in a future recession.

In fairness, working capital isn’t the only reason that Peugeot and Fiat have found favor recently. PSA has cut costs and FCA is selling lots of high-margin Jeeps. Still, it wouldn’t hurt investors (or any company thinking of buying Fiat) to remember what’s oiled their improved financials. Today’s remedy could yet become tomorrow’s poison.

To contact the author of this story:
Chris Bryant in Berlin at cbryant32@bloomberg.net