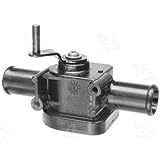 Warren — Fiat Chrysler Automobiles NV has increased capacity at its Warren Stamping plant by roughly 3.6 million parts a year with the completion of a $63 million investment in a new press.

“This was a major undertaking,” said Fiat Chrysler-North America Vice President of Manufacturing Brian Harlow during a dedication ceremony at the 65-year-old plant.

Installation of the press, which was first announced in June 2014, required significant modifications to the facility’s roof and basement. The investment did not directly add any new jobs to the facility.

“We have got to be completely overjoyed with what is going on here today,” said UAW Local President Romaine McKinney III, after mentioning the economic downturn in 2008-09 that crippled the auto industry.

The press is the first of its kind for Fiat Chrysler’s North American operations and the first all-new press for the plant in more than 15 years.

The automaker needed to increase stamping production due to the strong demand of the company’s sales. Warren Stamping supports production at seven North American assembly plants for 10 vehicles, including light-duty and heavy-duty pickups. The Ram 1500 and Jeep Cherokee represent about 50 percent of the facility’s production.

Harlow said completing the installation while continuing to run the plant at peak capacity “was an exceptional challenge and tremendous accomplishment.” He attributed the success to the employees and the company’s World Class Manufacturing operations, which focuses on reducing waste while improving efficiency, quality and safety by focusing on 20 areas, known as pillars. Pillars range from plant safety and quality control to worker motivation.

Warren Stamping will also support the introduction of the all-new 2017 Chrysler Pacifica, which is scheduled to start production in the first quarter at the Windsor Assembly Plant. The new minivan replaces the Chrysler Town and Country and is expected to eventually replace the Dodge Grand Caravan — both of which Warren Stamping produces parts for.

Ted Dixon, an end-of-line operator for the new press, said its the most state-of-the-art machine he’s ever worked with in a plant.

“There’s no comparison on how it runs — the efficiency, the quietness,” said Dixon, who has worked in manufacturing for 20 years, including four years at Warren Stamping. “Everything is brand new.”

Since June 2009, Fiat Chrysler’s North American-based operations (formerly Chrysler Group LLC) have invested over $5.3 billion in its U.S. manufacturing operations to upgrade facilities and increase capacity. Of that amount, more than $1.8 billion has been spent in Michigan.