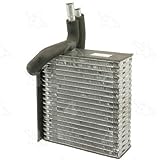 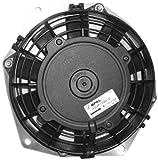 Using Bugcrowd, a platform that connects researchers to firms looking to eliminate technical defects, FCA will award hackers up to $1,500 for reporting vulnerabilities in its so-called “bug bounty” program.

“This is really the next level of automotive cyber safety,” Bugcrowd chief executive Casey Ellis said in an interview, when he also called the move “historic” because of Chrysler’s worldwide scale.

FCA is the third carmaker to use a bug bounty program. Tesla began a program in 2015. The company will pay security researchers up to $10,000 for finding software flaws, and has doled out at least 135 rewards so far, according to Bugcrowd.

[Hacks on the highway: Automakers rush to add wireless features, leaving our cars open to hackers]

[Why hackers are going after health-care providers]

The modern car is basically a two-ton rolling computer, Ellis said, and is subject to the same vulnerabilities of a bad guy trying to reach through his keyboard and steal information for an individual or a business.

Andrea Peterson contributed to this report.