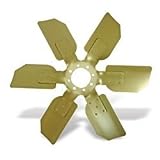 The Honda EV Sports concept injects some style back the carmaker’s lineup.

The Toyota Motor Show is known in international circles as a show that introduces new technologies, the odd sports car and wacky, offbeat anime-inspired concept cars. In fact, some of my overseas colleagues come to Tokyo just to see those manga-like concept cars.

As is happening at every other motor show so far this year, literally every carmaker is pushing their vision of future electric vehicles, autonomous driving, A.I. and connectivity. But while those themes are strong at Tokyo as well, this year things are a little different.

This time, as I walked around the show venue at Tokyo Big Site, I realized that Japanese manufacturers have gotten serious with design. They’ve finally injected some sexiness into their future exteriors.

The fact that Japanese designers have finally been given some latitude to style cars that are fun, sexy and eye-catching is what stood out. What we didn’t see, like the rumored new Toyota Supra replacement, new Nissan Z or next generation rotary-powered Mazda coupe were as surprising as what we did see.

The Mazda Vision Concept was one of the hits of the Tokyo Motor Show this year — again.

Leading the design derby was Mazda with a new addition to its signature Kodo design language, this time called the Vision Coupe. Unlike the star attraction that was the rotary RX Vision from two years ago, this year, the breathtakingly gorgeous Vision Coupe 4-door sedan took center stage without any indication of a powertrain. It picked up where Mazda’s current model line-up left off – looking good — and hinted at a new design direction with long sloping bonnets and sexy rear curves.