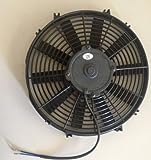 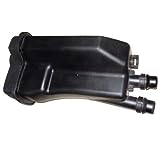 Vice President Joe Biden strongly denounced the letter in a statement saying the missive “offends me as a matter of principle” and was “beneath the dignity of an institution I revere.”

“In thirty-six years in the United States Senate, I cannot recall another instance in which senators wrote directly to advise another country — much less a longtime foreign adversary — that the president does not have the constitutional authority to reach a meaningful understanding with them,” Biden said in his statement.

The letter signed by Sen. Tom Cotton, R-Ark., and 46 of his colleagues warned Tehran that any nuclear deal needs congressional approval in order to last beyond Obama’s term and pointed out that without that step, all Iran would be left with is a “mere executive agreement” between Obama and Ayatollah Ali Khamenei.

The letter added, “We hope this letter enriches your knowledge of our constitutional system and promotes mutual understanding and clarity as nuclear negotiations progress.”

In a response posted on the website of Iran’s Ministry of Foreign Affairs, Foreign Minister Javad Zarif dismissed the GOP letter as “mostly a propaganda ploy.”

“It is very interesting that while negotiations are still in progress and while no agreement has been reached, some political pressure groups are so afraid even of the prospect of an agreement that they resort to unconventional methods, unprecedented in diplomatic history,” Iran’s top diplomat added.

Obama himself compared the Senate Republicans to reactionary members of Iran’s government, saying “I think it’s somewhat ironic that some members of Congress want to make common cause with the hardliners in Iran. It’s an unusual coalition.”

Cotton defended the letter in an interview with ABC News, saying “It’s the job of the president to negotiate but it’s the job of Congress to approve … We’re simply trying to say that Congress has a constitutional role to approve any deal, to make sure that Iran never gets a nuclear weapon. Not today, not tomorrow, not ten years from now.

“We’re on the verge of a deal that could allow Iran to get a nuclear weapon in as little as ten years, so it’s important that Iran realize that Congress will not allow that outcome to happen,” the senator added.

The letter does not include the signature of Sen. Bob Corker, R-Tenn., chairman of the Senate Foreign Relations Committee. And he is the co-sponsor of a bill that calls for Congress to have a say on any nuclear deal.

White House Press Secretary Josh Earnest said earlier Monday that “the rush to war, or at least the rush to the military option, that many Republicans are advocating is not at all in the best interest of the United States.”

With Cotton presiding over the Senate, Minority Leader Harry Reid, D-Nev., said Republicans were driven by animosity toward Obama and unwilling to recognize that American voters had twice elected him president. Reid said that even at the height of Democrats’ disagreement about the war in Iraq with former President George W. Bush, they would not have sent a letter to former Iraqi leader Saddam Hussein.

“Republicans don’t know how to do anything other than juvenile political attacks against the president,” Reid said as Cotton listened.

Democratic Rep. Jared Polis, of Colorado, went so far as to call Cotton, a veteran, “Tehran Tom” on Twitter.

Sen. John McCain, R-Ariz., called the White House’s objections to the letter “a tempest in a teapot.” Congress obviously will want a voice in any deal with Iran, McCain told reporters, suggesting the Democrats’ protests might be “a diversion from a lousy deal.”

The Obama administration believes it has authority to lift most trade, oil and financial sanctions that would be pertinent to the nuclear deal in exchange for an Iranian promise to limit its nuclear programs. For the rest, it needs Congress’ approval. And lawmakers could approve new Iran sanctions to complicate matters.

“As the the authors of this letter must know, the vast majority of our international commitments take effect without Congressional approval,” Biden said. The vice president cited “diplomatic recognition of the People’s Republic of China, the resolution of the Iran hostage crisis, and the conclusion of the Vietnam War” as three such commitments.

The U.S. is negotiating alongside Britain, China, France, Germany and Russia in an effort to reach agreement on the framework of a permanent agreement by the end of this month. Negotiations are due to resume next week in Switzerland. Officials say the parties have been speaking about a multi-step agreement that would freeze Iran’s uranium enrichment program for at least a decade before gradually lifting restrictions. Sanctions relief would similarly be phased in.