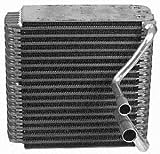 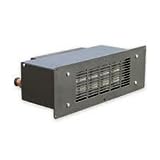 In terms of new car characteristics, safety and reliability weren’t always easy assumptions. In decades past, some new car buyers simply accepted vehicle ‘quirks’ that would never pass the bar in today’s market.

Those days have since passed, though, and nearly every machine that rolls out of the factory and onto the road can run to 150,000+ miles and withstand impacts, rollovers, and even a small fire.

That great equalization has made the business of reviewing cars a more challenging one. How thinly can you slice the margins between which cars to recommend, when nearly every car is just so good today?

With that in mind, I hopped on a plane to Kentucky, the Bluegrass State, to see the all-new 2015 Chrysler 200, a car that the brand promised no longer sits at the bottom of the heap.

Two of my best friends, Matt and Jason, work for a rental car company. Hint: they’ll pick you up.

Both had snide comments when I told them I couldn’t make our weekly “wing night”, because I needed to spend some time with the Chrysler 200.

That’s likely the same problem dealers have had with the current 200. The car’s rental reputation, generic looks, and average (at best) drive quality have led Chrysler to discount the 200 to the point of comedic relief.

Whatever happened to the Sebring that seemingly dominated the roads in the late 1990s and early 2000s? Well, Chrysler has fallen on harder times sense then.

However, the all-new 2015 Chrysler 200 shares very little with the car it replaces. It instead borrows components from the Alfa Romeo Giulietta and Dodge Dart to improve its driving dynamics. Additionally, Chrysler designers have all but vanquished the prior’s anonymous looks and sedate lines.

What we have in front of us may finally hang with the all-stars in the segment. And if Chrysler plays its cards right, Matt and Jason may even have to wait for a while before they see another 200 hit their fleets.

The 2015 Chrysler 200 will initially come in four flavors: the chrome-trimmed LX, Limited, and 200C, as well as the slightly sportier 200S.

Style may be where the 200 excels most; it finally looks great from every angle, inside and out. LED daytime running lights are standard, as are the LED parking lights in rear. Those are especially thoughtful, as each taillight is designed in the shape of half of Chrysler’s winged badge. And, you can add xenon headlights and LED fog lamps if you want everything too look the same temperature, too.

Each taillight is designed in the shape of half of Chrysler’s winged badge.

Inside, most of the plastics have been upgraded to soft-touch surfaces, and 200C models even offer a real, open-pore wood finish as an upgrade. Paired with the soft leathers, giant optional Uconnect display and remote start, the 200 feels nice, even amongst its competitors in the segment. Plus, you’ll find deep, useful storage bins in the center console, outlets to charge just about every electronic known to man, and the occasional styling detail that reminds you that you’re driving a Detroit-made car.

Look at the forward storage cubby, for example, where you’ll see the Detroit skyline (minus GM’s corporate headquarters) imprinted on the liner.

There’s also more technology offered in the 200 than ever before, and there are simply more options available than you’ll find on comparable Camry, Accord, or Chevrolet sedans. Collision avoidance? Check. Lane Departure Intervention? Yep. Self-Parking system? You bet. And, the 200 can park itself in perpendicular spaces, too.

Under the hood, you’ll find either a FIAT-sourced, American-built 2.4-liter four-cylinder engine with 184 horsepower and 173 pound-feet of torque, or Chrysler’s 3.6-liter Pentastar V6 with its class-leading 295 hp and 262 lb-ft. Front-wheel drive is standard, but all-wheel drive is optional, and a nine-speed automatic transmission is standard in every model.

Good, but Sometimes not

The first thing I noticed was the 200’s hushed interior; this car definitely skews more toward the luxurious side of the spectrum, rather than the sporty one.

While the more basic cars with cloth seats and the smaller engines performed in line with my expectations of a regular midsize sedan, the 200C and 200S models reached into areas more commonly occupied by brands like Buick and Ford, with premium materials, an exceptionally smooth ride, and quiet, comfortable interior. Even better is Chrysler’s inclusion of the optional 8.4-inch Uconnect screen and interface, which remains one of the most intuitive, easy-to-use, powerful systems available at any price point today.

Picking an engine will ultimately be a matter of shopper taste; both are good choices.

From a driver’s perspective, the 200 never truly delights, even at its sportiest. The brakes just aren’t assertive enough and the steering is too vague. However, there’s little-to-no-body-roll, and the car handles better than it feels like it should. While that may not translate well for someone seeking a sporty car, it should get the job done in the event that you need to make an emergency maneuver on the highway. Safety first, after all.

The 2.4-liter four-cylinder feels adequate in almost every situation, and the 3.6-liter V6 has plenty of unnecessary power on tap. Picking an engine will ultimately be a matter of shopper taste; both are good choices.

The nine-speed automatic, however, feels a little too finicky on the road, as if it’s constantly trying to find the right gear. That’s no surprise; we’ve had the same complaint about some of the eight-speed transmissions on the market, and adding yet another overdrive gear just overcomplicates things.

Casual drivers likely won’t notice the difference, though, so this may be a moot point. I just wish there were greater fuel economy gains if you’re going to add such a complex gearbox to the equation. The fuel economy hasn’t been rated yet, but Chrysler’s best guess is that the 2.4-liter will earn around 35 mpg on the highway, and the 3.6 will go down from there.

The 2015 Chrysler 200 has finally become the car that it always should’ve been. Its greatest challenge now will be to overcome the reputation it has earned in recent years.

With standouts like the Honda Accord, Toyota Camry, Nissan Altima, and Ford Fusion competing for the same shoppers, that challenge may prove insurmountable, which may well destine the 200 yet again for rental fleets across the country.

However, I think the 200 is worth a shot, especially if you’re looking for something different. For the first time in years, Chrysler has stepped out of the “bad car” category, which gives us one fewer car to joke about, and one more car to consider for more permanent residence in your garage.