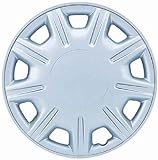 
To members of Generation X, Buick has long been a name associated (and perhaps unfairly) with octogenarian dreams or hangover heaving. But if the company has any say about the future of it’s brand image, this is slowly but surely changing. That’s right, 40-somethings, Buick is coming for you. But fret not, young’uns. This isn’t necessarily a bad thing.


When Buick introduced the Avenir concept during the 2015 North American International Auto Show in Detroit, showcasing it as the future design direction for the brand, many people speculated that the sheet-pull actually revealed a production-ready replacement for the company’s full-size sedan, the LaCrosse. A blink of an eye later (by automotive industry standards) the all-new 2017 LaCrosse took center runway during the 2015 Los Angeles Auto Show modeling a leaner, longer and lower profile.

Taking bold steps in unlikely directions, Buick’s focus and audience remains affluent but increasingly younger. Witness the new Envision compact crossover, which is quickly proving itself an international bestseller. Consider the new Cascada convertible, already winning awards and bringing some fresh air into the lineup. And when the flagship LaCrosse goes on sale later this month, starting at $32,065 (not including the $925 destination charge), expectations are nothing short of segment leading.


In advance of the showroom gleam expected from the LaCrosse’s new-car shine, I spent a few hours experiencing the premium full-size sedan first-hand in Portland, Oregon. A full 300 pounds leaner yet packed with new technology and reengineered for better driving precision, the all-new 2017 LaCrosse, like its Pacific Northwest surroundings, proved unforgivingly pleasant.


North American-designed for a global audience


Design is a tricky thing. There will always be lovers and haters. In the case of the new Buick LaCrosse, rest assured there will be fewer haters.


While not the most distinctive of automobiles, the LaCrosse’s lack of polarizing points is what’s attractive about the car. With luxury increasingly leaning toward notice-me-now styling, this Buick’s subtle strength lies in its ability to elicit appreciative stares instead of gawking glares. Indeed, the LaCrosse is equipped with a face your grandmother could love…but also your mother, your sister, your niece, your wife, your girlfriend, and all your lady friends in between.


Putting forth a handsome visage without hint of a smile, sneer or smirk, the 2017 LaCrosse is the first Buick to feature the brand’s new badge. To become standard on all 2018 models, the LaCrosse literally puts center stage the recognizable crest with its diagonally arranged shields – now in red, silver and blue. It’s a small change with a significant return. “That’s a Buick?” seems almost a foolish question.


Seemingly classic and modern at once, the LaCrosse features a traditional Buick “sweep spear” profile comprised of two distinct character lines. The first flows seamlessly from the grille, sweeping over the headlights and across the front fenders into the doors, where it fades. The second emerges from the front door handles, swells boldly into the masculine haunches, and melts away after drawing the eye to the arched deck lid and boomerang-shaped LED tail lamps. The result is more cohesive and dramatic than the awkwardly penned spear defining the previous LaCrosse.


With a roofline 1.6 inches lower than the current LaCrosse, the 2017 model sits on a wheelbase that is stretched 2.7 inches, yet the car’s overall length grows by an almost indecipherable 0.6 inches. The big Buick also gains just 0.4 inches in the waist, although its wheels have been pushed outward 1.3 inches in the front and 1.1 inches in the rear. This lower, sportier stance provides the LaCrosse with a confident but not cocky road presence.


An interior that welcomes you home


After opening the large but lithe doors, getting into or out of the LaCrosse is easy. Once inside, perforated leather seats hug your frame as might your favorite old couch. Yet unlike that furnishing’s familiar mold of your favorite Netflix binge-watching position, the LaCrosse adds the benefit of support and cushioning in all the right places. Nearly every interior surface is covered in satisfyingly soft materials. And with trim colors named Brandy, Shale and Dark Atmosphere surrounding ebony accents, you might as well sink in.


Clean design is the name of the interior’s game as the instrument panel features only a handful of familiar knobs for operating the audio and dual-zone climate control systems. Knob-turners can also go new-school via the 8-inch full-color touchscreen display, or employ voice commands to access additional features such as standard Apple CarPlay, Android Auto, and OnStar 4G LTE Wi-Fi hotspot integration. The touchscreen remains accessible when the vehicle is in motion, which is helpful for front-seat passengers who are assisting the driver in figuring out prompts and accessing information.


A head-up display is standard on Premium models ($41,065) and projects information such as speed, navigation, audio, performance, and certain active safety features onto the windshield within the driver’s line of sight. The LaCrosse’s HUD also allows for added personalization of brightness and visual height, which is particularly beneficial for someone of my barely-see-over-the-dash, five-foot-two stature.


Tinkering with some new tech, the all-new Electronic Precision Shift proves awkward in instruction but relatively easy in execution. To shift into Drive, merely thumb in the controller’s side button and toggle right then down. Fittingly, accessing Reverse requires the reverse motion, and selecting Park requires a pressing of the “P” button on the top side of the shifter. (Stop snickering.)


Neither odd nor optimal, the electronic gear selector frees up space upon and within the console itself. Where a traditional shifter’s mechanics would be, Buick instead provides a rubber-lined cubby for slide-free storage. Although the LaCrosse is not wanting in terms of beverage holders or snack cubbies, it does lack an overhead eyewear storage compartment.


For my diminutive arm span, this is my sunglasses location of choice as the LaCrosse’s under-console cavern proved a bit of, well, a stretch for me. Lengthy-limbed front passengers may also suffer finger-jamming problems on occasion. Average-sized persons, we envy you. Conveniently, however, the driver’s side 12-volt power port is placed in an accessible-for-all position. The LaCrosse also features wireless charging, ensuring that our gadgets and gizmos never cease functioning as the electronic leashes they’ve become.


On coarse roads, a smooth ride but variable noise


Regardless of the car, programs that introduce a new vehicle to the media are, in essence, manufactured fairytales. Drive routes are not chosen by accident or for convenience but are instead calculated to every smooth surface, off-camber angle, climb and descent, ensuring all the while that they wind through picture-perfect scenery (because pretty).


The Pacific Northwest, however, is not the ideal locale for a vehicle introduction because the roadways can and will be porous, coarse surfaces (read: loud). So decibel-vaulting are the roads that they make a Saturday night East Village bar crowd seem like a weekday library visit. But the Buick engineering team was so confident, maybe even boastful, of the new LaCrosse’s QuietTuned cabin that they didn’t even try to apologize. Was their hubris worth it?


Sections of road during our round-trip drive from downtown Portland to idyllic Astoria made themselves known like the jarring early-morning battles between New York cabbies and deliveries. While you might get used to the noise, you still wish you didn’t have to. On smooth roads, the LaCrosse is quiet – as a premium vehicle should be. On moderate pavement, yes, it’s audibly satisfactory. On the eardrum-piercing surfaces of Oregon? Just hang up the phone call and accept the graveling din.


Still, the two vehicles I tested did effortlessly absorb road vibrations, keeping me fairly content in my comfy couch of a bucket seat. In one vehicle, I did experience mildly annoying wind noise during some freeway driving but less so over the same section in another vehicle. A quirky window seal gremlin perhaps, but one quickly forgotten when the steering wheel was in my hands.


All 2017 LaCrosse models are equipped with a direct-injected 3.6-liter V6 engine estimated to produce 310 horsepower at 6,800 rpm and 282 pound-feet of torque at 5,200 rpm. The power is more than adequate to move the roughly 3,600-pound sedan. The fuel-saving engine start/stop system also performed so politely that I almost didn’t notice it. Often, such systems produce a sputter and a shakedown. In the Buick, everything was appropriately fluid.


The 8-speed automatic transmission shifted smoothly, too. It wasn’t perfect as there was the occasional foot-to-floor downshift lag, but there’s nothing here to break-up with Buick over.


A new five-link rear suspension and a MacPherson-strut front suspension come as standard equipment, and opting for the 20-inch alloys adds Buick’s HiPer strut front suspension as well as continuously adjustable dampers and driver-selected Touring and Sport modes. Change to Sport mode, and the shift in the car’s attitude is almost instant. The steering feel is stiffer but more precise and feedback is pleasing. Winding roads encourage more aggressive driving and curves beg to be apexed (which you should always be doing, anyway).


Models with 18-inch wheels lack a Sport mode selection, but this is not a penalty by any means. Comfort and capability are traits evident on any LaCrosse trim level. In standard tune, some steering precision disappears but the vehicle remains light on its toes and provides ample driving enjoyment despite its smaller shoes. And you’ll easily surpass speed limits without even trying.


This Buick is better than expected


I didn’t anticipate disliking the redesigned 2017 Buick LaCrosse. I merely didn’t expect to enjoy it as much as I did, especially when you consider I am in my 30s and have a bias toward compacts outfitted with loud turbos.


This Buick is not one of those cars. But it was good to feel like an adult for a day.


Whether the all-new LaCrosse is truly segment leading remains to be seen, but based on my brief encounter it’s certainly off to a pleasing start.

Did you find this article helpful? If so, please share it using the “Join the Conversation” buttons below, and thank you for visiting Daily News Autos.