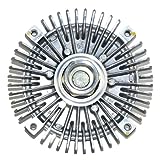 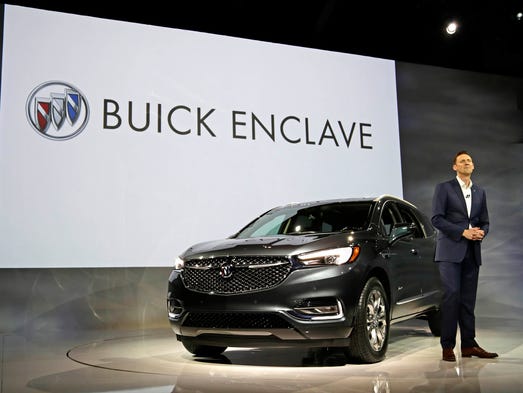 NEW YORK — The Buick Enclave Avenir midsize SUV may have the cleanest air on the highways, along with a new look and a host of other new features when it goes on sale this fall.

Buick revealed the redesigned 2018 Enclave Avenir in New York on Tuesday in advance of the New York International Auto Show.

The Enclave’s new design has a lower roofline, a sharper angle for the windshield and a longer wheelbase, giving the popular seven-passenger luxury family hauler a more aerodynamic look.

Inside, the Enclave has an air ionizer that eliminates odors and provides higher air quality. Buick says the ionizer emits particles that attract airborne contaminants. And it doesn’t just eliminate odors. It also reduces bacteria, viruses, dust, debris and pollen.

The stalwart Enclave, introduced in 2008, is known for its plush, quiet ride and has become the second most popular Buick model behind the smaller Encore crossover. Now, Buick is banking on the new Enclave to continue be a formidable competitor against vehicles such as the Acura MDX, BMW X5, Lexus RX, Mercedes-Benz GLE-Class, Porsche Cayenne and Volvo XC90.

“The Enclave has been a successful formula for the Buick brand, with sales results that have defied traditional product cycles,” said Duncan Aldred, vice president of Global Buick and GMC. “It’s a beacon for the modern, attainable luxury Buick stands for and is a natural place to launch Avenir.”

Avenir is an all-new, top-line trim level that will be similar to the “Denali” tag on GMC models. The Avenir was introduced as a low-slung, concept sedan in 2015 at the Detroit auto show and was embraced by auto critics and analysts as a gorgeous, stunning design.

Aldred said 90% of Enclave buyers already buy the top-of-the-line version of the existing model, making it ideally suited to be the model for the debut of the Avenir line.

“This is a vehicle intended for Buick customers who demand the best and the latest our brand has to offer,” Aldred said.

The Avenir version of the Enclave comes with:

Whether it’s an Avenir or not, Buick said the Enclave will be even quieter than the outgoing version. 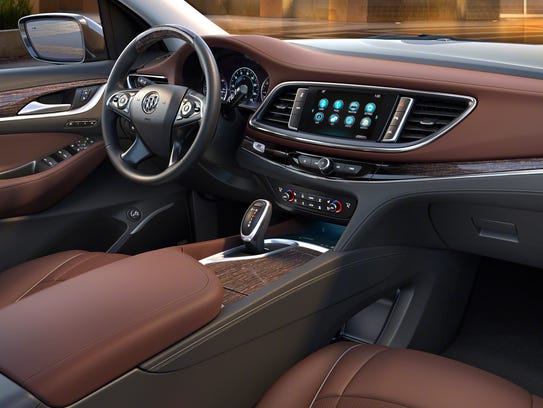 General Motors will continue to build the Enclave in Lansing on the same platform as the Chevrolet Traverse. With a curb weight of 4,358 pounds, it is nearly 400 pounds lighter than the outgoing version.

The automaker declined to disclose fuel-economy ratings and pricing, saying they will be announced closer to when the vehicle goes on sale this fall.