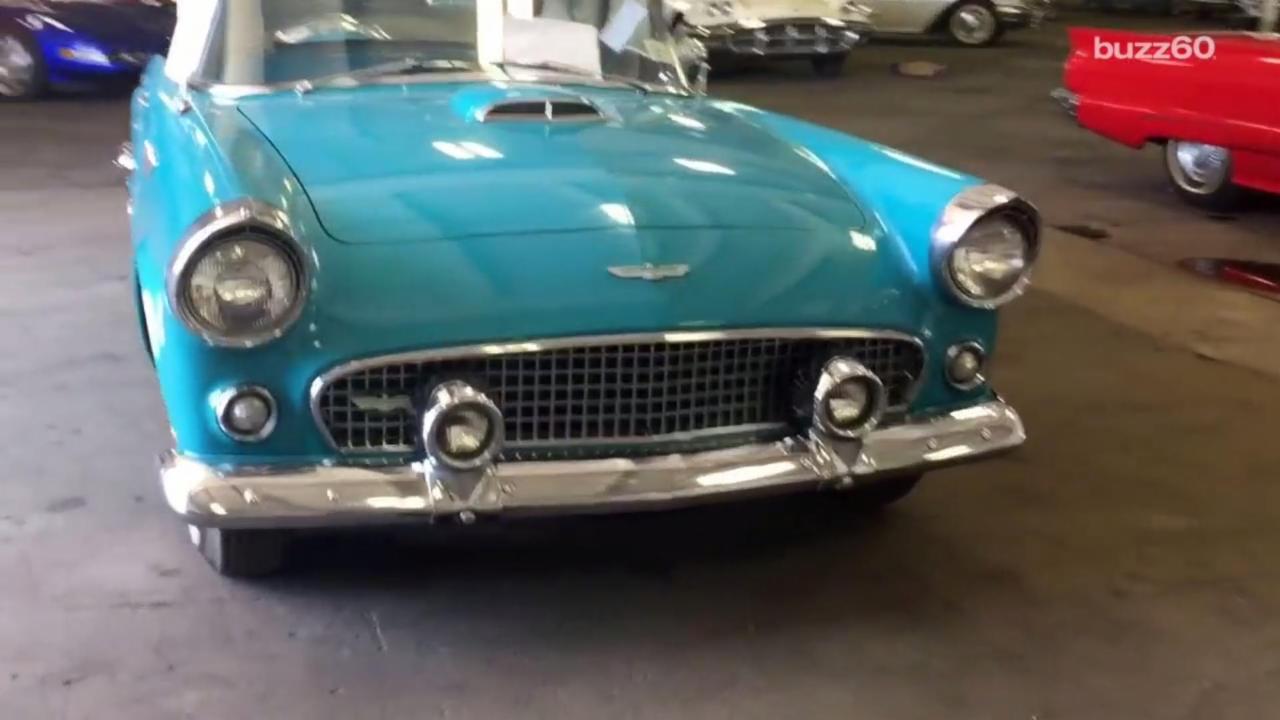 A family in Grand Rapids Michigan made a discovery that would certainly rev any car lover’s engine!

After sitting unused in a garage for more than 30 years, 44 classic cars recently went for auction bringing in over $300,000.

The family, who has chosen to remain anonymous, contracted Repocast to run an estate sale of their late father’s precious collection.

A 1947 Pontiac convertible was the oldest car in the garage. The black vehicle from the now defunct General Motors brand, has a straight 6 engine, but no transmission.

It sold for $5,600 to someone who must be planning for a long restoration.

RELATED: Photos of other rare cars:

In a photo provided by the Ford Motor Co., William Clay Ford Jr., Executive Chairman, Ford Motor Company, sits in a 1903 Ford Model A, the oldest surviving Ford product at the North American International Auto Show in Detroit, Tuesday, jan. 15, 2013. The Ford Motor Company was created June 16, 1903 and car production started in July. This car is the third vehicle assembled on the first day of production. It was built at the Mack Avenue factory in Detroit and is owned by Mr. Ford. (AP Photo/Ford, Sam VarnHagen, HO)
A rare 1937 Bugatti Type 57S Atalante Coupe, originally the property of Francis Curzon, the 5th Earl Howe, is seen displayed at the Retromobile Vintage Cars show, in Paris, Friday, Feb. 6, 2009. The car abandoned in the garage for 50 years has sold at auction for approximately euro3.100,000, US$ 4.006,000, Saturday. (AP Photo/Jacques Brinon)
Up Next

The original collector must have had an obvious love for the Ford Thunderbird, since 28 of the 44 cars were Thunderbirds ranging from the late 1950’s to 1976.

A 1956 Thunderbird passed the finish line with the highest bid of the entire collection, selling for a whopping $27,100. Despite being parked for over 30 years, the hard top convertible still runs, has the original interior, and boasts less than 37,000 miles.

All of the vehicles in the auction were American made, except for one 1978 Volkswagen Beetle convertible.

These motorhomes sold from $700 for a non-running 1976 Glenbrook, to $4,930 for a fully functioning 1976 Palm Beach. The latter comes with a four burner stove and microwave in the kitchen.

The vehicles were auctioned off through Repocast’s website and although $300,000 sounds like a hefty price tag, many of the cars went for far less than their value.

It’s safe to say some auto bargain shoppers got quite a deal!

The first drive-in theaters welcomed even the noisiest families