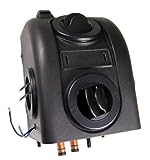 Crew were fired for insubordination

Thirteen flight attendants have filed a complaint against United Airlines after they were fired for refusing to fly when they discovered threatening drawings on their airplane.

On July 14, 2014, the flight attendants found the words “BYE BYE” along with two faces, one they deemed sinister, traced in oil in on the plane’s tail, reports the LA Times. At the time, the crew said the markings constituted a threat to the airplane and requested extra security measures. According to their complaint, the airline refused to honor the request, accused the flight attendants of insubordination and fired them.

United spokeswoman Christen David released a statement Wednesday saying, “All of FAA’s and United’s own safety procedures were followed, including a comprehensive safety sweep prior to boarding, and the pilots, mechanics and safety leaders deemed the aircraft entirely safe to fly.”

The flight attendants’ new whistle blower complaint against United was filed with the U.S. Department of Labor.