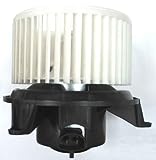 Florida Cop Killed, But Gunman Is Not A Police-Hater – Chinatopix


Florida Police Officer Charles Kondek was shot on early Sunday while responding to a call for service at 2 a.m. in Tarpon Springs. He died from injuries at a local hospital, said the Tarpon Springs Police Department.

Unlike the Saturday killing of two NYPD cops where the gunman was being linked to the ongoing anti-police sentiment, the gunman of Kondek, a transient, initially did not provide any motive for the shooting, reports Reuters.

According to ABC, Kondek was about to arrest a fugitive who shot the officer and then ran him over. He was responding to complaints from residents of an apartment complex about a man who was knocking incessantly on doors and seeking someone whom he claims conned him.

Parilla is facing first-degree murder charges. He tried to escape after firing his gun, but his car crashed into a pole and another vehicle.

According to the Florida Department of Corrections, Parilla was jailed in Florida for over two years for different drug charges and leaving a crash scene where there were people injured. He was released in March and became a fugitive when he breached conditions of his probation.

Parilla said he “felt like a caged rate” when he saw Kondek, which explains why he shot the officer because he did not want to go back behind bars. While he was being escorted to jail, he apologized to the officer’s family and said he did not intend to kill Kondek, ABC News reports.

Kondek, 45, was with NYPD before he transferred to Tarpon Springs Police Department 17 years ago. He left behind six children.