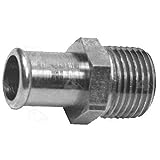 For driverless cars to work, will normal cars be outlawed? – Christian Science Monitor

As exciting as the news may be that driverless cars will officially take to the roads in the United Kingdom and that several US states already host test drives for Google autonomous cars, a question nags even the most tech-forward car owners. Driverless vehicles may be safer and more efficient than traditional cars, and will likely perform even better without human drivers on the road. So will Americans one day need to give up the driving habit voluntarily or be legislated out from behind the wheel?

The US is much farther down the road. Google has been road testing its autonomous cars since 2012 with more than 300,000 miles of driverless car testing. Nevada, California, and Florida have already enacted legislation for the operation of autonomous vehicles on public roads.

Mickey Cornelius, senior vice president of The Traffic Group consulting firm in Baltimore, has been studying Google cars and autonomous vehicles in order to try and figure out what role his company will have in the future of traffic engineering.

“The ultimate goal of this technology and those supporting it is to promote safety by taking all Americans out of the driver’s seat,” Mr. Cornelius says. “Ultimately everyone agrees once all cars are driverless there will pretty much be no accidents on the roads. The trick is going to be getting people to give up driving their cars.”

“I think it’s going to be tough to get everyone to stop driving their own cars,” he adds. “It’s the United States of America after al and people here love to drive their cars.”

In the book “Traffic: Why We Drive the Way We Do (and What It Says About Us,)” author Tom Vanderbilt points out that “Ever since humans began to propel themselves artificially society has struggled to keep up with the implications of mobility, to sort out technical and social responses to the new demands.”

That thought is particularly applicable to the current situation for how to first mingle autonomous cars into the driving mix, and then transition to an all driverless system.

Cornelius says the greatest challenge currently facing traffic engineers is how to handle the compatibility issues of driverless cars that “talk” to each other with the unpredictability of human-piloted two-ton missiles on wheels.

“Driverless cars are all programmed to do the same things – zip through intersections without need of stoplights,” he says. “The cars with people driving react differently.”

How might state and local governments will go about convincing Americans to give up driving themselves? “I really think they’re going to have to legislate it and make driving your own car illegal,” Cornelius says. “In 20 years, we’re probably going to have people who can own a regular, non-autonomous car to keep in their garage to look at, but not be allowed to drive it on the roads.”