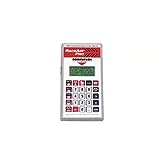 $462.95
Home › Blog › Autos › Ford and Lyft will work together to deploy autonomous cars – The Verge

Ford announced today that it will work with Lyft to deploy its self-driving cars on the ride-hail service’s platform by 2021. On the surface, it’s yet another announcement about two companies partnering on driverless cars (snooze). But it’s bigger news than it seems for two reasons: it’s the first sign that Ford won’t be going it completely alone on autonomous driving; and it’s a possible wrinkle in the preexisting relationship between Lyft and Ford’s biggest rival, General Motors.

Engineers from Ford and Lyft will work together to build software that allows Ford’s self-driving cars to communicate with Lyft’s app. Recently, Lyft said that it would also be designing and manufacturing its own self-driving technology stack. And Ford has targeted 2021 as the year it will begin deploying its fully autonomous Ford Fusion hybrids on a ride-hailing service. Now it seems that that service will be Lyft’s.

“Think of it this way: Someday, when you open the Lyft app during a period of high demand, Ford and Lyft software will need to be capable of quickly dispatching a self-driving vehicle so that you can get to your destination as quickly and as safely as possible,” Ford’s VP for autonomous vehicles and electrification Sherif Marakby wrote today. “And that’s where our work with Lyft begins.”

In addition to building its own self-driving technology, Lyft has said it is creating an open platform to deploy autonomous vehicles built by other companies. We now know that this will include GM, Jaguar Land Rover, Alphabet’s Waymo, NuTonomy, and now Ford. Meanwhile, Ford recently said it would invest $1 billion over five years in a little-known AI startup called Argo.

Neither Lyft nor Ford made any mention of GM in their respective announcements. A Lyft spokesperson subsequently said that there would be “no change for our partnership with GM; GM is an investor and board member but the partnership is non-exclusive. Our relationship with GM didn’t play a role in this decision.” A GM spokesperson echoed that sentiment (and tossed in a bit of a challenge, too): “This does not affect our existing business relationship with Lyft. GM’s plan remains steadfast — we are on track to launch our self-driving technology first in a ride-sharing application.”

GM’s announcement that it would be investing $500 million in Lyft back in December 2015 was one of the first in what has since become a long string of announcements concerning these types of partnerships.

The emergence of self-driving cars, estimated to eventually be a $7 trillion industry, has spurred almost too many partnerships and collaborations among automakers, suppliers, and tech startups to count. Notably, very few are exclusive, meaning companies are free to get in bed with as many partners as they like.

“We strongly believe that leaders across industries should work collaboratively to introduce self-driving technology in a way that positively impacts our cities,” Lyft said in a blog post. In other words: swingers gonna swing.