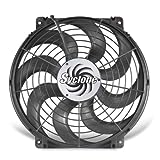 NEW YORK–Ford Motor Co. Chief Executive Mark Fields says he expects fully self-driving cars, which don’t require a human being to be ready to take over the wheel, to reach the market within about 15 years.

“I would guess we get to full autonomy in 15 years,” Mr. Fields said. He made his remarks to CIO Journal just prior to a formal meeting with the press on March 31 in New York, where he was in town for the New York International Auto Show. 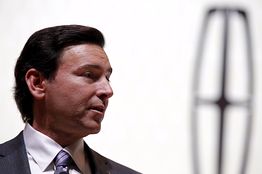 The National Highway Traffic Safety Administration classifies levels of vehicle automation from zero (no automation whatsoever) to 4, which “anticipates that the driver will provide destination or navigation input, but is not expected to be available for control at any time during the trip. This includes both occupied and unoccupied vehicles.”

Many cars that are currently available or expected to hit the market soon offer one or two autonomous features such as adaptive lane control. Many car companies are testing vehicles with level 3 automation, in which “the driver is expected to be available for occasional control, but with sufficiently comfortable transition time.”  NHTSA says the Google Car is an example of level 3 vehicle automation. Google Inc. has said it expects its technology to be ready for the consumer market by 2017, and several car companies have said they expect similar technology to be ready around 2020.

The question of when and if level 4 vehicle automation becomes a reality is more difficult to answer. But the implications of its arrival could be huge, upending current models for vehicle design and insurance, and giving rise to new forms of shared vehicle ownership and use. The concept of being too old, too young or even too inebriated to drive could become anachronisms, as the idea of driving gives way to the concept of being driven. The business models of the car companies could change, too, allowing them to embrace more of a software-based and service driven approach.

Car makers such as Ford are thinking through their future now, as tech companies such as Google play a larger role in their business.

“We don’t want to be the (mobile phone) handset business, where we are the receptacle for someone else’s business model,” Mr. Fields said.

The technological building blocks for autonomous vehicles are evolving quickly, with surprises on the upside. “Camera technology is moving along very fast. Algorithms are advancing very fast,” Mr. Fields said. Certain forms of advanced autonomous parking are going into production now, according to Mr. Fields. “I would not have expected that five years ago,” he said.

Technology has taken the auto industry to an inflection point, according to Mr. Fields.

“Now the car is becoming the ultimate technology  product and we are becoming more of an information company,” he said.