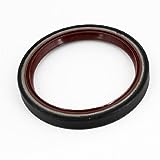 GENEVA –  European carmakers are putting their longest ever market slump in the rear view mirror, shifting from survival to revival as they head into the Geneva Auto Show with dozens of car premiers, particularly for small models packed with premium features.

Analysts are projecting growth in new car sales in Europe at anywhere from 2 percent to 4 percent in 2014, the first year of gains since 2007, when sales reached an all-time high of 16 million before getting hit by the financial crisis. But consumer appetite will remain mild, analysts say, until Europe can get economies churning again and unemployment rates down, the only cure to lagging consumer confidence.

“We don’t see a fast recovery,” said Falk Frey, a senior vice president at Moody’s analyst services in Frankfurt. Moody’s forecasts a 2 percent growth in car sales this year to just over 13 million, but underlines that will still be 20 percent, or 3 million units, below the 2007 peak.

Some predict the European market will never hit that high again, meaning there will continue to be fierce competition for driver loyalties.

One Geneva Auto Show buzzword is small. Mass carmakers are adding premium design features to their city cars as they fight back against premium carmakers’ moving in on their small car territory. Small SUVs continue to be a trend. “Everyone who hasn’t come to that party will be coming,” said IHS auto analyst Tim Urquhart.

Not that the sports car segment will allow city cars to steal their thunder. Lamborghini, McLaren and Ferrari all have something new to show — and the historic Italian carmaker Ermini Seiottosei is back after a decades-long hiatus.

The Geneva show opens its doors to journalists on Tuesday, and to the public on Thursday. It runs through March 16.

The market for small SUVs is growing across the globe with young people and downsizing baby-boomers alike attracted to the high drive position, big cargo area and maneuverability. Jeep will offer its new Renegade and Citroen is rolling out the C4 Cactus — a one-time funky concept car which has been given a shot at the roads while promising to revolutionize car interiors.

Plug-in hybrids promise to be another trend in Geneva.

A regular hybrid pairs a conventional engine with an electric one to increase energy efficiency. Plug-in versions have batteries that don’t rely solely on the combustion engines to recharge, but can also be plugged into the power supply — giving the car the ability to make short trips using only its electric power. Volkswagen will be unveiling the Golf GTE, with a range of 31 miles (nearly 50 kilometers) in all-electric mode for a theoretical driving range of 584 miles (939 kilometers) when the full engine is in use.

Automobili Lamborghini SpA, a division of Volkswagen AG, is unveiling its Huracan LP 610-4, the successor to its most-successful car ever, the Gallardo, which stopped production in November after a decade. The carbon fiber and aluminum Huracan, which means hurricane and also refers to a bull, the Lamborghini logo, comes with a new gasoline injection system that provides more power with less consumption. McLaren is launching the new 650S, which it boasts is faster than the legendary F1 road car from the 1990s. Ferrari is rolling out the V8 California T convertible, marking the return of turbocharged powertrains. Ermini Seittosei is bringing out a unique numbered car.

European automakers are taking their bread-and-butter small cars to a new level, focusing on fun and styling, not just economy. It’s a road already traveled by the Fiat 500, which is offering an updated version. A joint venture between PSA Peugeot Citroen and Toyota results in a trio of small-car premiers on the same platform from the same factory that are helping the automakers achieve better economies of scale: Peugeot 108, Citroen C1 and Toyota Aygo. Renault Twingo gets an update, going for an edgier look.